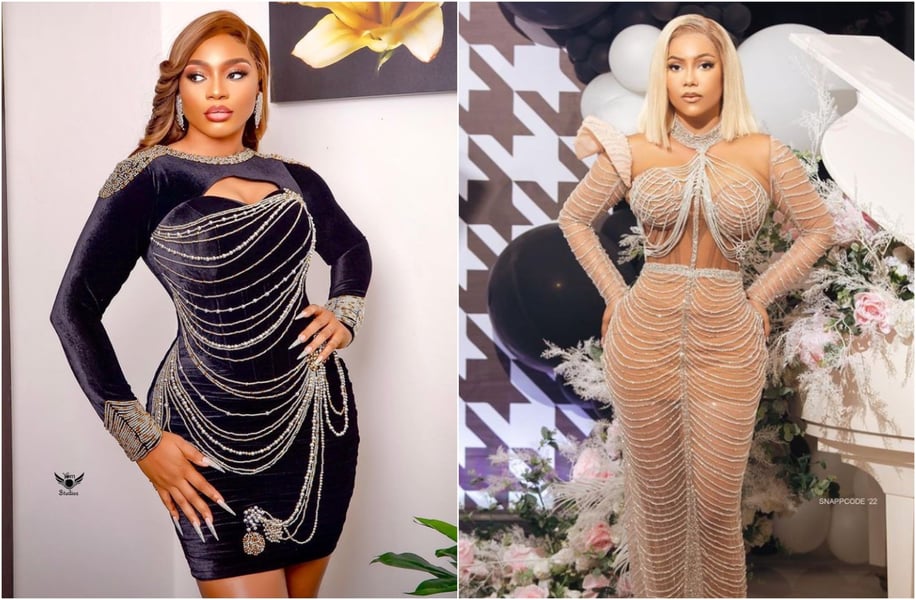 BBNaija star Beatrice has responded to her co-star, Maria Chike Benjamin, after a leaked audio of Maria slamming her surfaced online.

Maria Chike Benjamin revealed what happened between her, Pere Egbi, and Beatrice while in the house, according to a recent report.

Beatrice was seen confronting Maria in teasers for the BBNaija reunion.

Beatrice attempted to go fight Maria, but she was stopped by Pere Egbi.

Maria Chike addressed the issue in a conversation with her fans.

The audio clip that went viral shows Maria wondering what she did to Beatrice to make her hate her.

Maria was perplexed because Beatrice kept saying Maria had ruined her life.

Even when the host, Ebuka Uchendu, asked her how, she didn't get it right because she kept bringing up Maria's boyfriend, Kevin, and others.

Maria Chike stated that she never confronted Beatrice when she kissed Pere Egbi because she was preoccupied with her.

Her main beef was with Pere, who always pretended to love her while hanging out with the female housemates, which was disrespectful to her.

Maria Chike said, “I am really freaky confused. She kept screaming and telling Ebuka that this side hen (Maria) ruined her life.

"I said to her Ebuka is asking you how I ruined your life.

"I wanted to know how I ruined her life cause I am ready to apologise.

"She brought up Kelvin, and three others”

“When she and Pere missed, I never went to her to confront her about it.

"My anger was on Pere because he kept saying he loved me in the house and yet was going about frolicking with the ladies, so I felt disrespected.

"I wanted to know his relationship stance with me so I wouldn’t be offended with his actions.”

Beatrice responded by saying that when a person has to consistently lie, project, and manipulate people to drive the narrative, it's obvious who the insecure person is.

She wrote: “When you consistently have to lie, project and manipulate people to drive the narrative, it’s obvious who the insecure one is.” 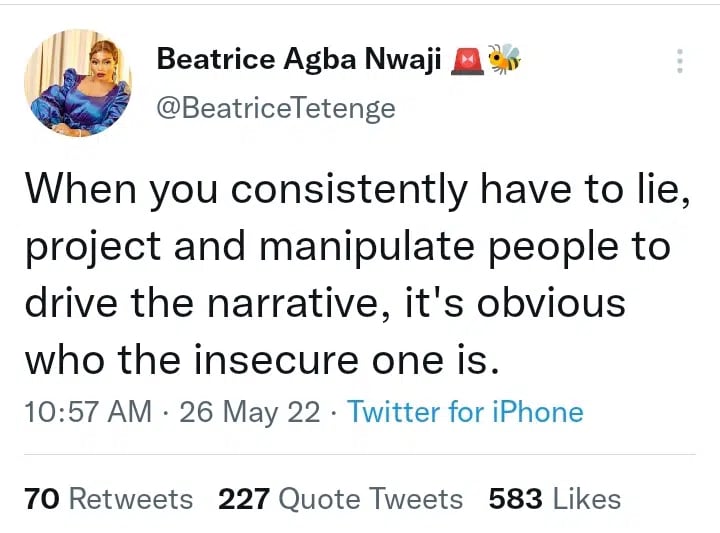 The 19th housemate in the BBNaija season 6 show.