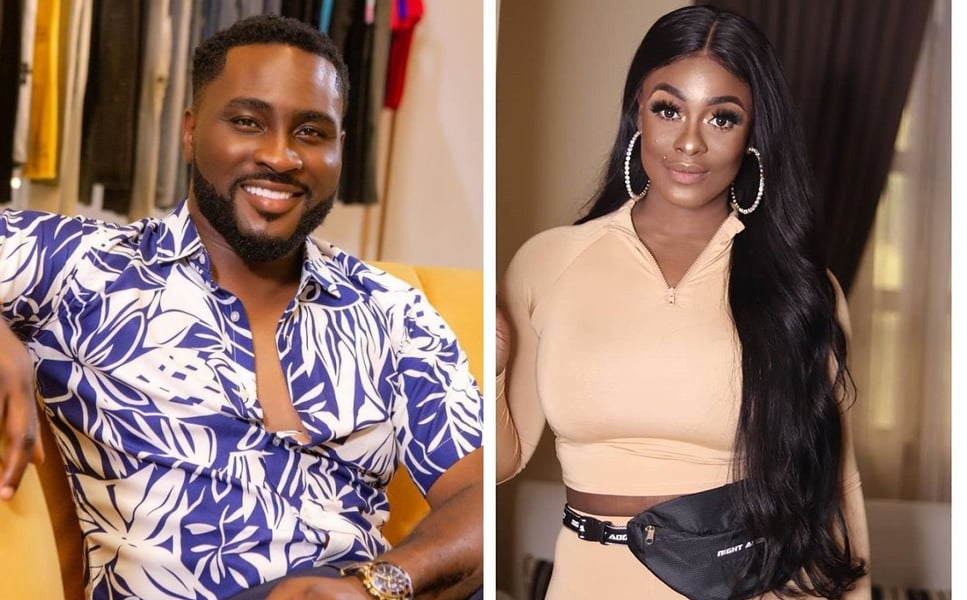 Something romantic may be cooking between BBNaija stars Pere and Uriel as the former has responded to the flirtatious comments made by the latter.

The whole thing started when Uriel voiced her interest in the season 6 finalist by saying that he had entered her eyes and wanted to know how he likes his eggs. 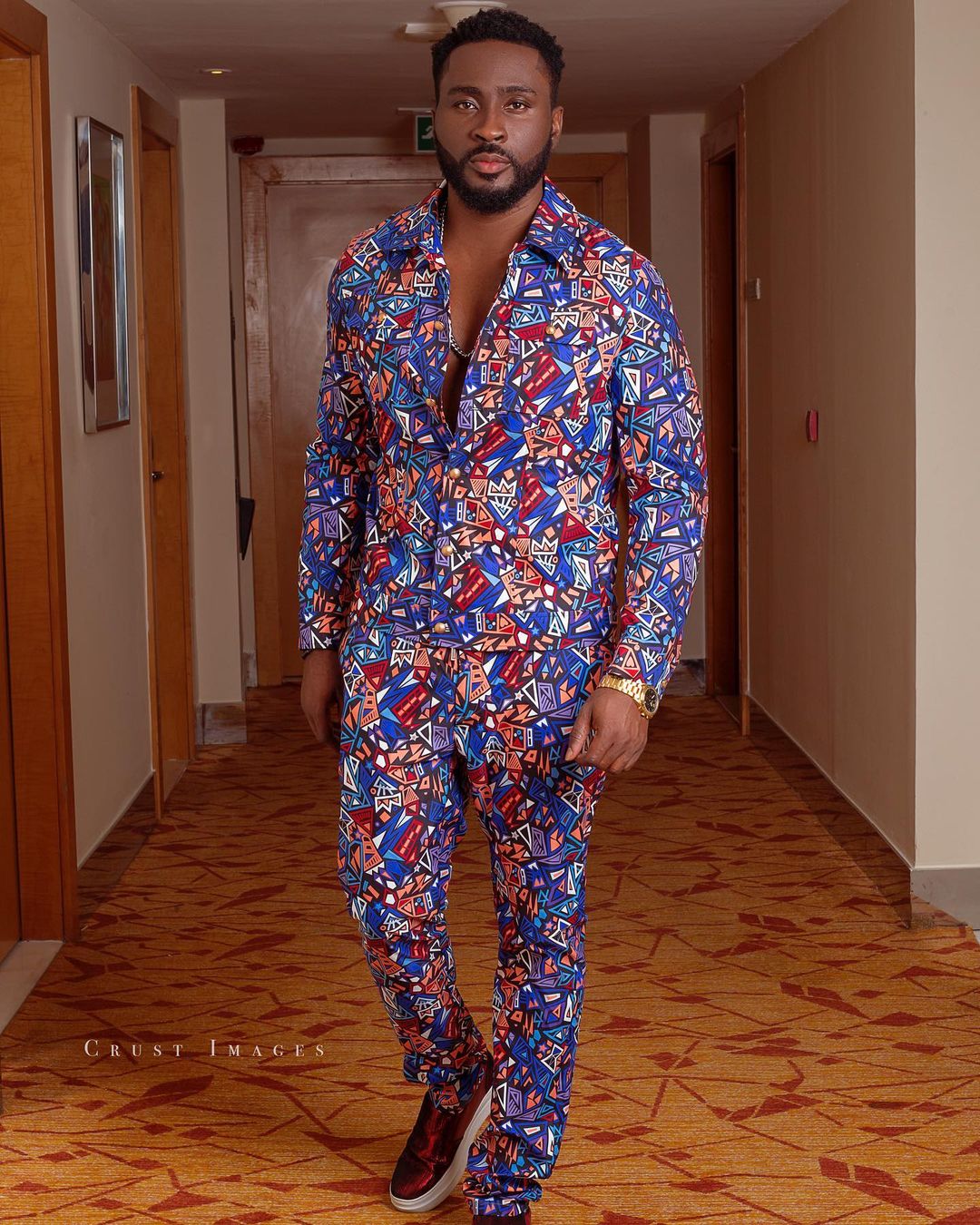 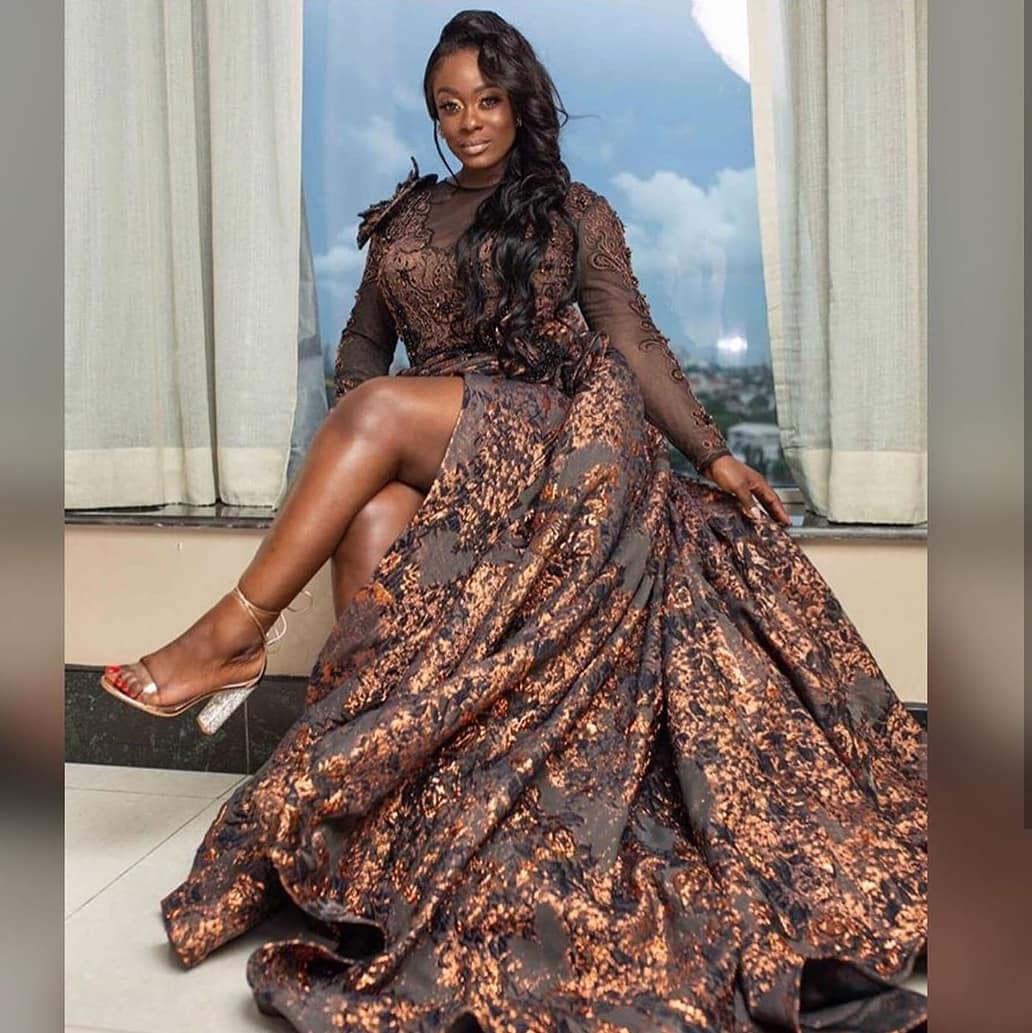 She had said: "Pere dey enter my eyes oooo. Let me shut up. Someone should ask him how he likes his eggs o. Because I be magician inside kitchen. And... Ok bye." 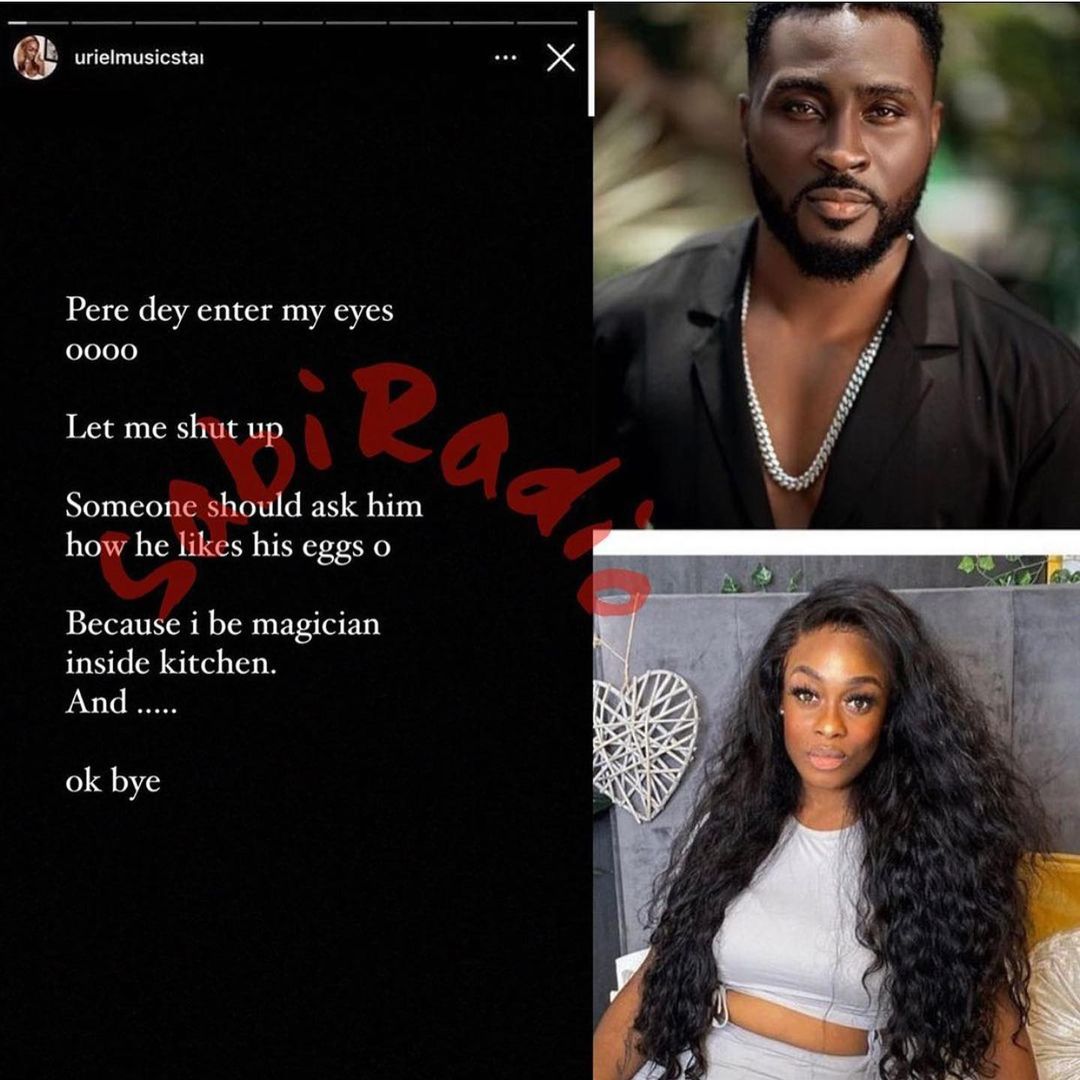 Responding to her post, Pere disclosed that he likes his eggs scrambled with a bit of cheese. He added that she should wake him early and serve it hot. 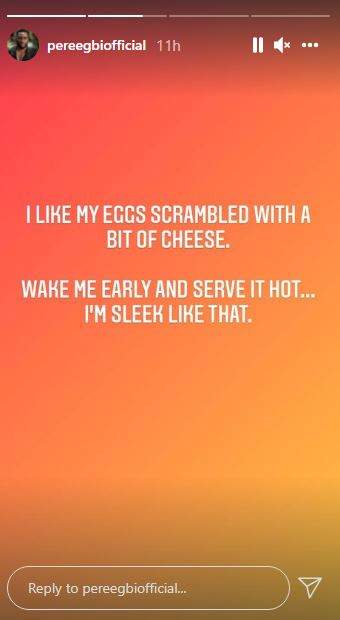 Clearly pleased by his response, Uriel penned the following words: "You probably didn't watch me on Big Brother, sleek is my name!!

"Why wake you up early when you can indulge before dawn?." 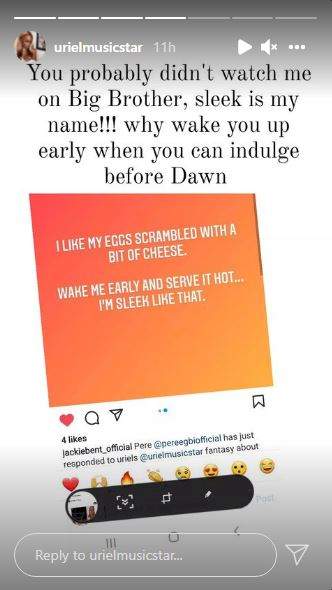