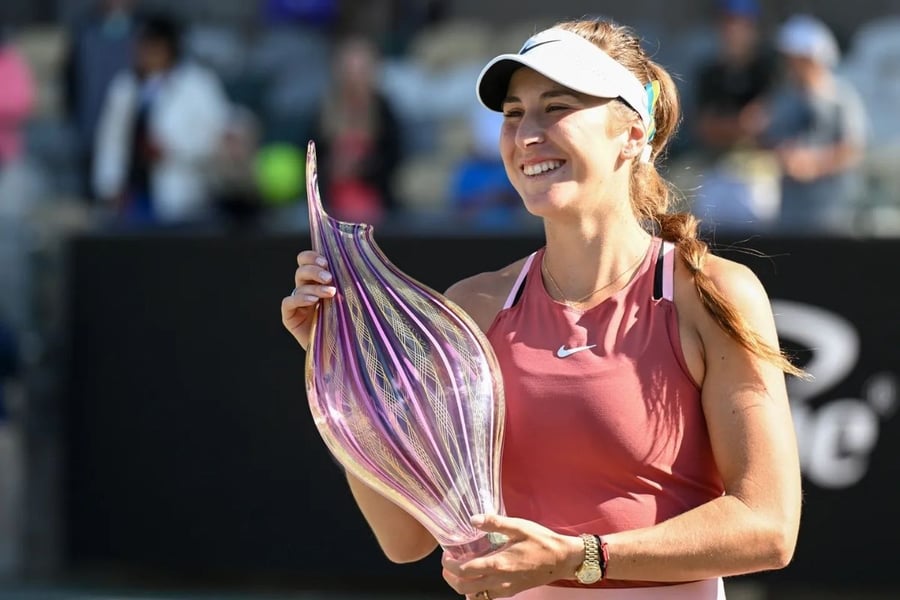 Belinda Bencic has defeated Ons Jabeur to claim the first clay court title of her career on Sunday with victory at the WTA Charleston Open in South Carolina.

Victory for the Swiss ?

Bencic looked to be on course for a brisk victory after racing through the first set against an out-of-sorts Jabeur.

But world number 10 Jabeur found her range in the second set to force a decider.

Bencic however got back on track in the third, dramatically improving her first-serve percentage to put Jabeur on the defensive and wrap up victory.

Jabeur shed tears after the game as she digested another defeat in a final. The Tunisian has lost four out of her five WTA finals.

"I told myself not to cry but it's very tough," Jabeur said. "Many finals we lost now but hopefully it's going to come soon."

Bencic paid tribute to Jabeur after the win.

"You took everything out of me today," Bencic said. "This tournament deserved two winners."

Bencic also expressed gratitude to her support staff, after gesticulating in frustration at them during Sunday's final.

"They have to endure a lot with me," she said. "Sometimes I can be a real pain."