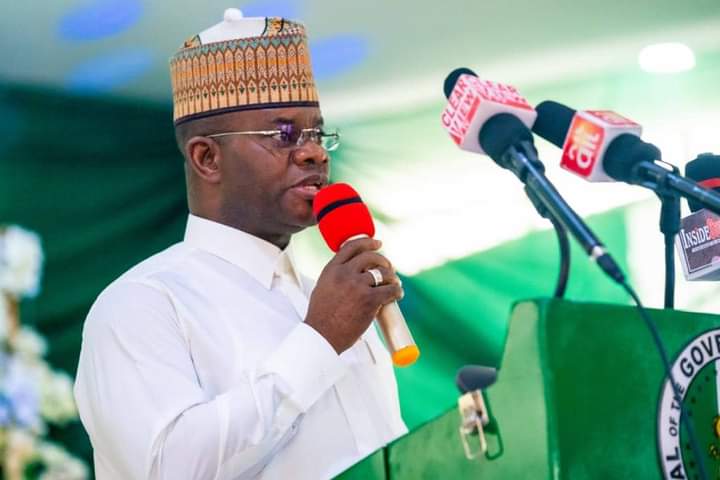 Governor Yahaya Bello of Kogi State on Friday said that he would not tolerate buck-passing but ensure that governors take responsibility for security in their states and are held responsible for breaches when he becomes the president of Nigeria in 2023.

While noting that President Muhammadu Buhari could not be in every state of the federation ensuring security of lives and property, he, however, said states would be empowered to rise to the challenges.

Bello said this while answering questions from journalists at the ongoing 2nd Annual GYB Seminar for Political and Crime Correspondents and Editors in Abuja.

He insisted that he would not play politics with the security challenges in the country because it was as a result of the failure of various administrations in the past.

“I refuse to politicise insecurity. Buhari is a man who loves truth and reality.

"I will let you know that Mr. President loves this country.

“This insecurity is not a thing of Mr. President even though we shouldn’t pass buck because that is why we came on board.

"It is a successive failure of various administrations.

“Let me remind us once again that certain military and police hardware were non-existent or was last purchased in the administration of former President Shehu Shagari.

"After the bomb blast incident in Ikeja cantonment, did Nigerians ask whether the arms and ammunition that detonated and killed some people were ever replaced since then?

“After the various decays, the foundation was shaky and the President spent a lot of money to buy equipments.

"The president will not sit in the villa and hold AK-47 to come and secure my schools and roads.

“Some of these crimes that we see today is more than what we see on the surface.

"I will never come out here and point out the flaws. Whatever I observe, in terms of loopholes and lapses, it is between myself and the president to let him know.

"I will never be that governor who will come out and tell that the president did not secure my schools and roads.

"That is why as the Chief Security Officer of Kogi, I ensure that I brought the rate of crime from the zenith down to the floor and the president is assisting me to succeed in that area.

“Majority of some of these crimes are politically motivated, especially the recent ones we are witnessing.

"However, the issue of security can never be brought out to the public so you would not expose your country to danger," he said