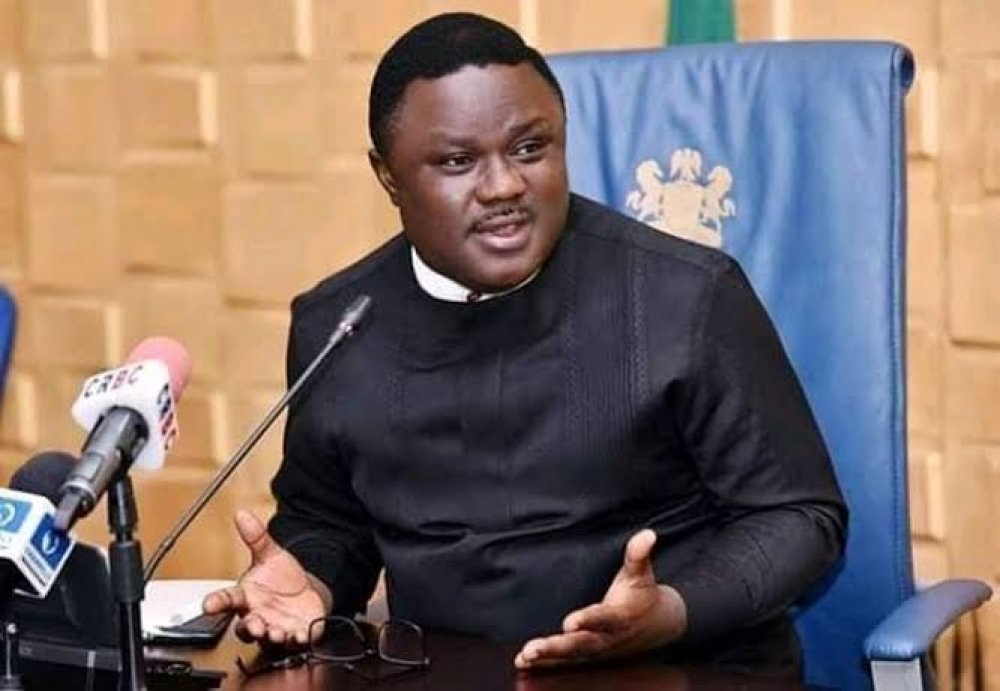 The All Progressives Congress (APC) has urged governors of the Peoples Democratic Party (PDP) to make haste to join its fold as it welcomed Governor Ben Ayade (PDP) of Cross River into the party.

Senator John Akpanudoedehe, National Secretary, APC Caretaker and Extra-ordinary Convention Planning Committee (CECPC), made the call in a statement on Thursday in Abuja.

Recall AllNews had reported that Ayade, who on Thursday dumped his party, the PDP for the APC said he took the decision to enable him align with the centre.

He also said he joined the APC as a member to enable him join forces with President Muhammadu Buhari to build a better Nigeria.

Ayade, while announcing his decision to join the APC, said it was obvious that at this point, there was need to join hands with President Buhari to build a Nigeria that we could all be proud of .

“We need all governors to recognise that it is not party that matters.  It is character, honor and commitment to the vision of this great nation.

“I believe that if everyone of us as governors join hands with the President, we can sit on the same dining table and fashion out a way to govern this country,” he had said.

Akpanudoedehe congratulated the governor for what he called; “his wise and timely decision to leave the PDP for  APC.”

He commended the patriotic disposition and judgment that shaped Ayade’s decision to join forces with President Buhari to build a better Nigeria as a member of the APC.

“The APC is advising other governors of the PDP to exercise the best option of joining the APC.

“The APC is also urging members of the PDP in the National Assembly and State Houses of Assembly who are still hanging on to the  party to leave it for good and join the APC,” Akpanudoedehe said.

He added that the APC had been repositioned by the Governor Mai Mala Buni, CECPC.

He noted that Ayade had always been an APC man at heart; given the humane and progressive manner he managed the affairs of Cross River.

He assured that the people of Cross River would now enjoy more developmental initiatives based on the APC values of delivering dividends of democracy, designed to improve the well-being of the people.

According to Akpanudoedehe, the total lack of internal democracy which turned the PDP into a one man show has caused frustration and alienated its governors and legislators.

“As leader of the APC in Cross River, we call on all our supporters, members and leaders to rally around, support and work with Ayade,’’ Akpanudoedehe  said.

He added that this was critical to rebuild, reposition and strengthen the APC in Cross River and by extension the South South and the country at large.