Benefits of Bitcoin adoption in Nigeria 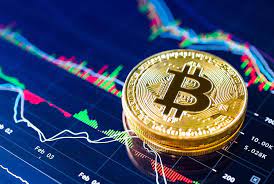 Nigeria is a country that has shown an incredible amount of friendliness when it comes to cryptocurrency, with the West African nation having seemingly been able to embrace digital assets in a way that many others have simply failed to do so.

But, why has the African nation been able to embrace crypto in such a positive way?

Initially, Bitcoin did not typically earn a positive review from citizens in Nigeria, with many holding a negative perception of the cryptocurrency from the beginning due to concerns that the virtual currency was an internet ponzi scheme; something that is rife within the country. Unfortunately, it also subsequently became a payment method that would become available to use which scammers then looked to take advantage of.

However, 2020 saw a popular wave of protests against the Special Anti-Robbery Squad (SARS) after a number of negative links, which the banks looked to try and limit by restricting access to funds that protestors had available to them. This then led to many opting to use cryptocurrency as they utilized Bitcoin as a way of securing donations to continue their movement. Naturally, this had an influence on the attitudes of crypto and started to sway it into a positive direction.

The Nigerian Central Bank decided to try and react to the response in 2021 by banning banks from interacting with cryptocurrency businesses, however this only accelerated the growth of Bitcoin in Nigeria further.

Why has Bitcoin been able to achieve rapid growth in Nigeria?

As mentioned above, the corruption within the SARS police unit is one factor that has helped allow a rapid amount of growth to be experienced, whilst the obstacles that can be faced when importing any kind of hardware device that is related to Bitcoin will have also accelerated the growth.

With the obstacles in mind, most Nigerians have found themselves in situations where the use of a smartphone is the only viable option that they have for self custody, which in turn, may have led them to looking at the use of the blockchain and the economics behind it.

Indeed, many Nigerians have decided to keep their coins on exchanges in custodial wallets because they found that it was a simple way of managing things and perhaps has allowed them to enjoy a number of activities, including crypto gambling.

Bitcoin gambling has continued to grow in regard to the number of Nigerians who have looked to participate recently with the activity, as many continue to turn to BTC online casino where they are able to wager without restriction and are free to do what they wish with the tokens that they hold on the blockchain. They are provided with a level of anonymity which provides them with added security, whilst they are also awarded a number of benefits that traditional fiat currency is unable to provide them with, including stability in regard to value against factors such as inflation.

What risks are involved?

Unfortunately, there are a number of risks that can be involved as Nigeria continues to adopt crypto at a rapid rate, with a wave of FATF Travel Rule compliance taking place all over the world. Indeed, some believe the African country would suffer a "digital apartheid," as coins that are on custodial platforms would only become useful for interacting with other custodial wallets, whilst the involved users' activities would be completely surveilled and tied to their legal identities.

Naturally, this would be a rather negative thing to happen, however there is potential that this could be a rather motivational factor for a positive outcome to be achieved in the future, too, including collaborative custody.

Nigerians could use a smartphone to further strengthen the security of their wallet, which could then allow friends and family to be able to collaboratively manage the Bitcoin that they hold in a way where everyone is not exposed. This could then allow Nigerians to overcome a number of barriers that using cryptocurrency could encounter, too, including the economic ones that a developing country like Nigeria would tend to face due to the poverty that can be experienced within the nation.

Nigeria can be a great demonstration

Nigeria and other similar countries are able to demonstrate and show that Bitcoin can thrive in a country where governments tend to be openly hostile to crypto, whilst also showing that if the people back it and embrace it, then there is a very bright future ahead for virtual currency.