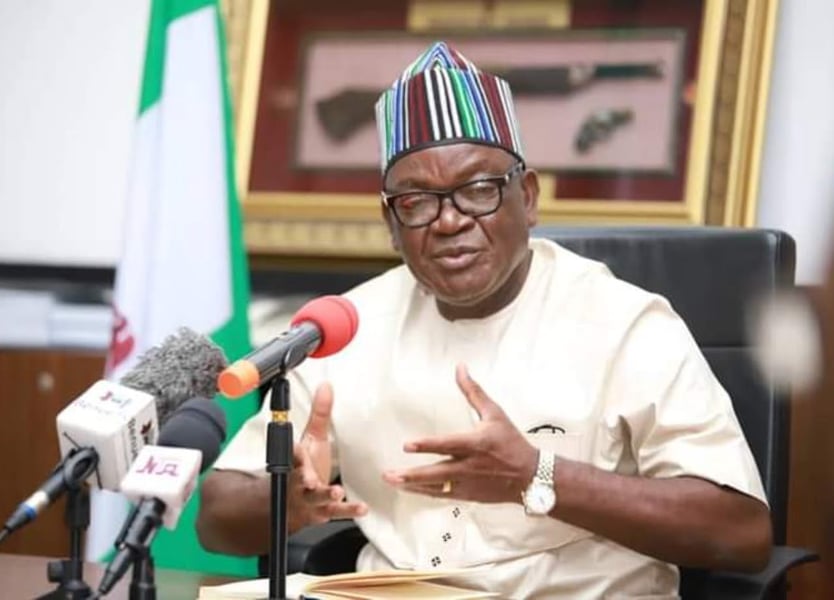 Benue State Governor Samuel Ortom has challenged the state All Progressive Congress (APC) to show proof of mismanagement of Local Government funds as alleged by the party.

A statement issued by the Special Adviser, Media and Publicity, Terver Akase said this was a mere accusation as available record shows Ortom's administration has conducted council election three times.

"APC’s allegation that Governor Ortom has been mismanaging local government funds is simply that, he who accuses should provide proof.

"We challenge APC to publish evidence to back their claim that the Governor has turned local governments to his private use and has been diverting funds meant for the councils.

"They should spare Benue people the stress of searching for the proof.

"It is on record that in the last seven years, under the Ortom administration, three different local government elections have been conducted and three sets of council chairmen duly elected.

The statement further stated that the APC should be worried that it was unable to field candidates for the last local government election in Benue, questioning how Governor Ortom is responsible for the party’s failure to present candidates for the council polls.

"We read the text of a press conference addressed by the All Progressives Congress (APC) publicity secretary in Benue State where he attempted to divert attention from the concerns, fears and focus of Benue people and other Nigerians on the disturbing matters of insecurity occasioned by the failure of the Federal Government which Governor Samuel Ortom has constantly been speaking about.

"The lame distraction by APC in Benue State was expected.

"We expected APC to address the confusion within their party and not raise infantile allegations over local government administration.

"A party that thrives on imposition and marginalization while abhorring justice and equity lacks the moral standing to question anyone on accountability.

"APC is in shambles in Benue State and the only way for them to breathe is to launch media attacks on Governor Ortom.

"An attack on the Governor earns them instant ‘commendation’ from the Villa.

"APC in Benue State has every reason to be desperate owing to the mass defection of its members into the Peoples Democratic Party (PDP) as the 2023 elections draw closer.

"A party which suffered a devastating defeat in 2019 and is now facing another defeat in 2023 has justification for distress.

"The pain of the impending defeat of APC is inevitably similar to circumcision. The cry of a baby does not stop it.

"Governor Samuel Ortom remains committed to serving his people and standing with them. He will neither be discouraged nor distracted by the sponsored media assault," the statement reads.