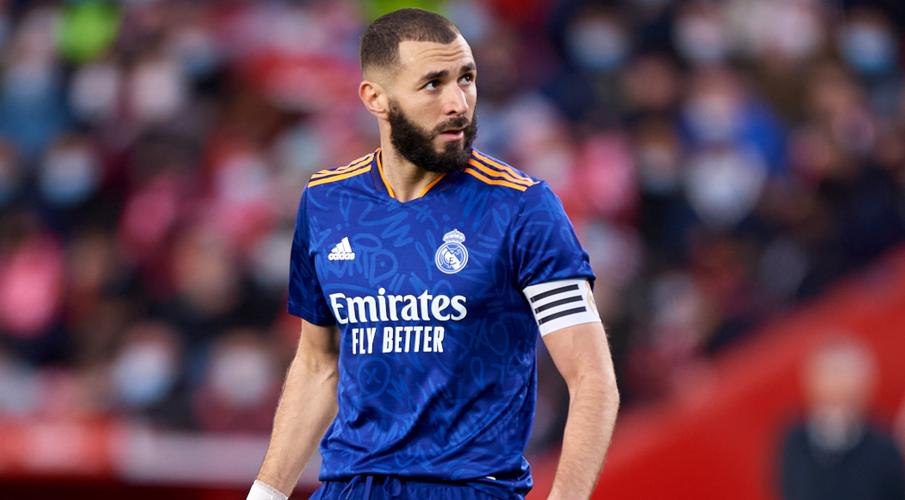 French bailiffs seized 230,000 euros ($260,000) from Real Madrid striker Karim Benzema on Thursday over his conviction last year for complicity in a bid to blackmail former France team-mate, Mathieu Valbuena, with a sex tape.

A court-ordered Benzema in November to pay a fine, damages, and legal costs for pressuring Valbuena to pay off his blackmailers, as well as handing him a one-year suspended jail sentence.

Benzema "implicated himself personally, through subterfuge and lies, to convince his team-mate to submit to the blackmail", the court in Paris suburb Versailles said at the time.

Benzema has appealed the ruling, which came in the same year he made a stunning return to France's national squad after being dropped in 2015 over the blackmail allegations.

The 34-year-old has scored nine times for France since being recalled by manager Didier Deschamps for the Euro 2020 finals -- delayed by a year due to the coronavirus pandemic -- making him the fifth-highest scorer in the history of Les Bleus.

Benzema's performances have helped rehabilitate him in the eyes of many French fans and coach Didier Deschamps, and the seizure of his cash comes less than two weeks after he won France Football magazine's player of the year award.

Valbuena's lawyers turned to the bailiffs to recover the cash from Benzema after he did not pay up voluntarily.

A source close to the case said the Real Madrid star's account had been partially frozen since Friday.

Benzema's own lawyers want the money held in escrow while his appeal is heard.

"This is the logical consequence of the decision for immediate payment. We asked for an amicable agreement on payment, which was never reached," said Valbuena's lawyer Paul-Albert Iweins.