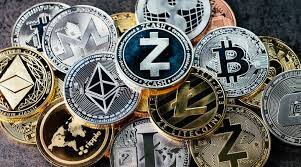 In our continuing series, several more cryptocurrencies will be presented for you to make an informed choice.

Today, we give you Cardano (ADA), Dogecoin (DOGE), Yearn.finance (YFI), and Polygon (MATIC).

According to money.usnews.com, Cardano (ADA), which is one of the largest blockchain to successfully run the more energy-efficient proof-of-stake protocol, was founded in 2017 by Ethereum co-founder Charles Hoskinson.

Unlike Ethereum, Cardano has a hard cap on the number of coins that can ever exist, topping out at 45 billion. Thankfully for investors, 33.5 billion, or about 74%, of that supply is already in circulation, meaning the amount of dilution remaining is both known and relatively limited.

Cardano is one of the best to buy now because the price has skyrocketed from 22 cents to about $1.30 over the last year, making it a more than 83.1% increase last year alone.

Analysts predict that more retail adoption will push the price much further.

Dogecoin (DOGE), which began as a joke, enjoyed wide media attention last year after Elon Musk tweeted about it. The effect was an instant 1,500% rise in price as new and experienced investors scrambled to get a piece of the pie.

One of the major reasons why you should invest in Dogecoin now is basically because of the love Elon Musk has for the meme coin. Since the Tesla owner has a huge influence on the crypto space, comments in support of the coin should have an impact on the coin.

Yearn.finance (YFI) is the newest amongst the bunch. Further reports from money.usnews.com revealed that the digital token is a $1.4 billion asset with some of the most volatile behavior. What it means is that you can buy at a very low price in the morning, and before noon, the price will have more than doubled, giving you the chance to make as much as 100% or more. This depends on your appetite for risky assets.

Yearn.finance is about the 80th-largest coin by market capitalization. It also has a noble goal: to expand the Defi arena to less-technical investors and users by enabling optimized returns on yield farming.

Polygon (MATIC), a new coin amongst the bunch, has gone 100-fold since its inception. The coin is now a top-15 token, according to money.usnews.com. The report went further to state that the coin now has a $17 billion market cap, far more than the Nigerian Stock Market equity market (NGX), ranking it as one of the best cryptocurrencies to buy as 2022 kicks off.

Polygon's objective is similar to Yearn.finance but seeks to accomplish mass adoption in a different way, by making blockchains more scalable.

The coins listed in the above and in the previous story are assets you want to invest in. Kindly liaise with your exchange wallets to see if you can get any of the coins listed.

"Without a sense of urgency, desire loses its value." --Jim Rohn