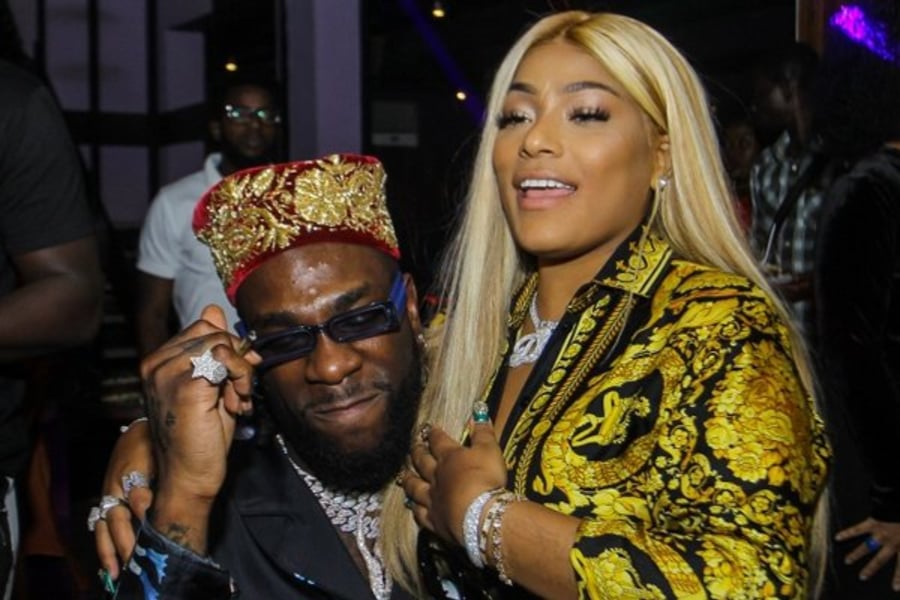 Stefflon Don's bestie has expressed her own opinion after the rapper was accused by Burna Boy's manager of sampling his content.

Empress, Stefflon Don's best friend, took to Instagram to express her displeasure over the accusation, asking why the rapper was getting disrespected over a song she hasn't released yet.

Stefflon's upcoming diss track will be in response to Burna's recent single, 'Everybody Will Chop Breakfast.'

Stefflon Don, according to Empress, is the best woman Burna Boy will ever date.

She stated that, while Steff has yet to release the song, she believes that all of the disrespectful texts she has received are not the only ones.

Empress defended her bestie, claiming that the majority of the songs were recorded while she was still with Burna. 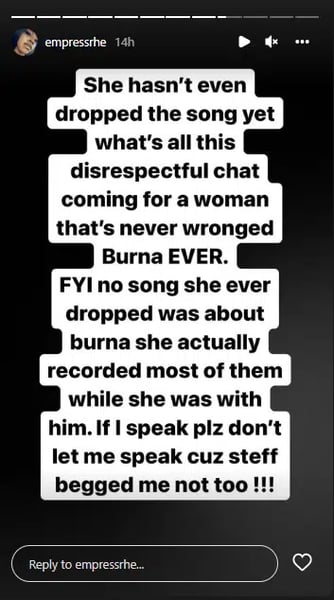 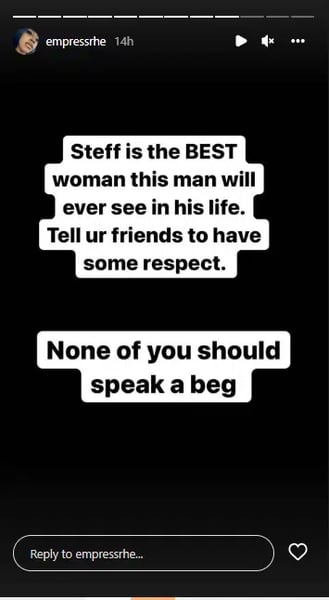