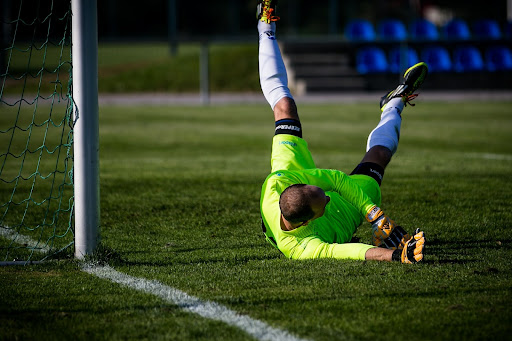 The importance of a goalkeeper in football can never be overestimated. It is no secret that the goalscoring heroics of attackers do not exclusively win trophies.

An investigation into the most successful teams in football reveals a combination of a ferocious attack line supported by an excellent goalkeeper who gives it all to keep the ball from his net.

Nigerian punters staking on the best betting sites (as reviewed on https://www.telecomasia.net/ng/) know that an excellent goalkeeper increases the chances of a team going home victorious.

Fortunately, the Nigerian senior football team has been blessed with some of the most talented shot stoppers to grace the African continent.

Care to know more about them?

Peter Rufai
Still a teenager, Peter Rufai flashed a glimpse of his potential in the 1981 African Cup Winners Cup.

In the finals of this competition, he helped his side, Stationery Stores, to win the trophy, mounting an impenetrable wall in the goal post.

One year later, he added another medal to his budding trophy cabinet by lifting the Nigeria FA Cup with the same team.

His exploits didn't go unnoticed, earning him a callup to the Nigerian national football team, formerly called the Green Eagles, at just 20 years.

In his first major tournament, he made it to the finals of the AFCON 1984 in Ivory Coast, ultimately settling for the silver medal.

At the club level, Peter Rufai began spreading his tentacles away from local clubs.

He moved to The Dragons de l'Oueme, based in the Benin Republic. Together with his team, they reached the 1987 African Cup Winners' Cup semi-finals.

From there, he moved to greater heights, representing different Europe-based clubs across Belgium, the Netherlands, Portugal, and Spain.

As the Nigerian national team's goalkeeper, Peter Rufai's presence was always felt in the goal. He helped the team pick up more medals as the years went by. Prominent among them were the silver medal at AFCON 1988 in Morocco and the champion's medal in Tunisia 1994.

Nicknamed Dodo Mayans in reference to a famous dancer at the time, Peter Rufai decided to hang his gloves after twenty years of manning the post.

Ike Shoronmu
An understudy to Peter Rufai, Ike Shoronmu picked up from where Rufai stopped.

He narrowly missed out on the Nigerian team heading to the US in 1994 for the world cup.

However, he braced up and got the callup for his first major tournament in the Nigerian colors, the King Fahd Cup, in 1995.

Injuries stunted Shoronmu's career and development to just an eight-year goalkeeping career, but he ensured that he made the most of any opportunity he found himself.

He was already 33 years old when he won the silver medal with the Super Eagles team in the AFCON 2000, co-hosted by Ghana and Nigeria.

Two years later, at the next AFCON, he won the bronze medal with the team.

Subsequently, he represented Nigeria in the world cup that same year. After this world cup, Shoronmu decided to call it quits.

Arguably the most high-flying Nigerian goalkeeper of the 21st century, Vincent Enyeama was a force to reckon with during his playing days.

In addition to this haul, he won the CAF champions league with Enyimba FC back-to-back.

On the global scene, Vincent Enyeama announced himself by stopping a ferocious Paul Scholes' shot in the 2002 Korea/Japan world cup match against England.

He quickly attracted the attention of foreign clubs, opting for Israeli-based clubs.

During his first stint in Israel, he represented two clubs at different periods, winning two league titles and cups.

Moving on, Enyeama signed for Lille in France, putting up brilliant displays severally and winning the Prix Marc-Vivien Foe award for the Best African Footballer in France.

As the Nigerian team's first-choice goalkeeper, Vincent Enyeama always did his best to ensure that there was no way through for the ball to enter the goal post.

Most notable was his performance for the Nigerian team in the 2010 world cup against Argentina, effectively stopping all Messi's efforts to record a goal.

Before hanging his gloves, Enyeama won 101 caps for the Nigerian team, culminating with the 2013 AFCON winner's medal.

Conclusion
Nigeria is a reputable football country, with an enviable supply of premium quality players from its inception, especially in the goalkeeping department.

Though several have come and gone, these three are arguably the best of the beats.

Hopefully, this current generation will produce goalkeepers who will leave their names in the sands of time.