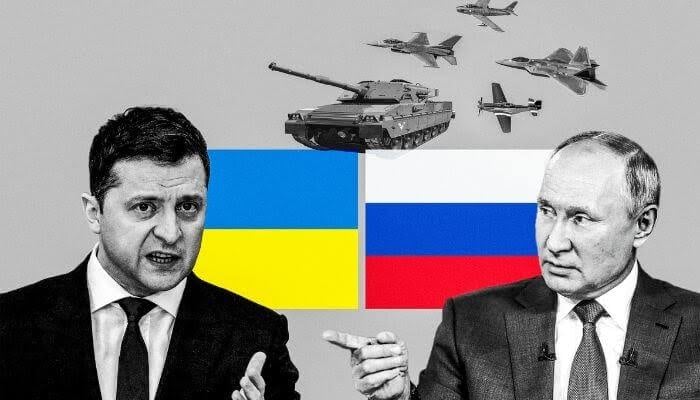 The invasion began when Russia's President, Vladimir Putin, gave orders to his marching soldiers who he had mounted on the border with Ukraine in December 2021.

Russia attacked Ukraine on different fronts, and ever since, they have done all and capitalised on the short strengths of Ukraine in affecting them, killing and driving away multitudes of citizens from the country.

But as an adage says; “When one suffers, another might suffer along"; this best describes the case of the Russia and Ukraine war on the global scene.

With Russia being a major producer of commodities such as oil, gas, aluminum, palladium, nickel, wheat, and corn, the sanctions and market concerns about the war’s disruption of supply chains have caused commodity prices to soar.

Here’s how the war between two European countries has affected the globe:

Inflation, Europe, Asia, and others

Unprecedented sanctions on Russia will impair financial intermediation and trade, inevitably causing a deep recession in Europe. The ruble’s depreciation is fueling inflation and further diminishing living standards for the population.

Energy is the main spillover channel for Europe as Russia is a critical source of natural gas imports. These effects will fuel inflation and Europe will see rising financing costs.

While commodity exporters should benefit from higher international prices, they face the risk of reduced energy exports if sanctions extend to pipelines through Russia.

Ukraine is often called the breadbasket of Europe and is home to a third of the world’s most fertile soil. Together with Russia, the continent provides a third of global wheat supplies.

According to the Financial Times (FT), Ukraine supplies Lebanon with 50 percent of its wheat consumption, Libya with 43 percent, Yemen with 22 percent, and Bangladesh with 21 percent.

How will the war affect Africa?

On a global concern, different countries will be affected by the war, and the most vulnerable to the conflict in Africa are those who import a large share of the wheat they consume, like Egypt.

Also, African oil importers like Kenya will also feel the heat of surging oil prices as Russia, one of the world’s largest exporters of crude oil is hit by sanctions, causing disruptions to energy exports and a potential embargo.

Oil prices have already surged past $100 per barrel to hit their highest level since 2014. The budgets of oil-producing countries like Nigeria and Angola might get a boost from the rising prices, but the cost of transport is likely to rise for people across the continent. This will have a negative effect on the prices of nearly all other products.

In the Northern part of Africa, there is a sharp increase in the prices of bread; this is as Russia and Ukraine supply about 30% of the world's wheat.

The Maghreb countries like Egypt, Tunisia, Morocco, Libya, and Algeria, which rely heavily on wheat could be the worst affected by the tightening of supplies and an increase in prices.

In Kenya, the country is also concerned about the impact the war and financial sanctions on Russia could have on its vital tea industry. Russia is among the top five consumers of its tea, helping Kenya earn foreign currency.

It’s important to note and know the global implications of the crisis and we should also not forget the direct impacts of the war on local populations.

The invasion has led to the displacement of over 1.5 million people in Ukraine, which may have a link to a major food crisis. This is as the State of Food Security and Nutrition and Global Report on Food Crisis reports point outs that conflicts remain a key driver of food insecurity in the world.

Ukraine is seen as an important supplier of maize for the European Union and China, as well as several North African markets, including Egypt and Libya.

Today, Russia and Ukraine's exports account for about 12% of total calories traded in the world, and the two countries are among the top five global exporters of many important kinds of cereal and oilseeds, including wheat, barley, sunflowers, and maize. Ukraine is also an important source of sunflower seed oil, supplying about 50% of the global market.

Russia’s invasion of Ukraine poses serious risks to the global food supply, and of concern is the vulnerability of net food-importing countries highly dependent on Ukraine for supplies.

With most European countries being dependent on energy from Russia, Europe’s economy is at great risk. It is noted that Russia and Ukraine produce 12 percent of the world’s oil and 17 percent of its natural gas.

Both countries are exporters of steel products around the globe. The continued war could bring a huge impact on global steel demand and trade.

The continuing conflict has already driven up energy and commodity prices and added inflationary pressures from supply chain disruptions.

Could the war increase the rate of COVID-19 infections?

Russia’s invasion of Ukraine has been said to be a case of driving COVID infections up. It should be noted that we are not out of the pandemic yet, and during the war, many have fled and flocked together in mass numbers.

As they flee the war, there is a concern that the million people could bring the virus with them, which might come in aiding the spread of the virus.

Efforts should be put in place and harnessed, with the aim of vaccinating refugees as they arrive in surrounding countries. But also, it is important to find lasting peace among both countries.

It was reported on Tuesday that Ukrainian and Russian delegations had constructive peace talks that took place in Istanbul, Turkey.