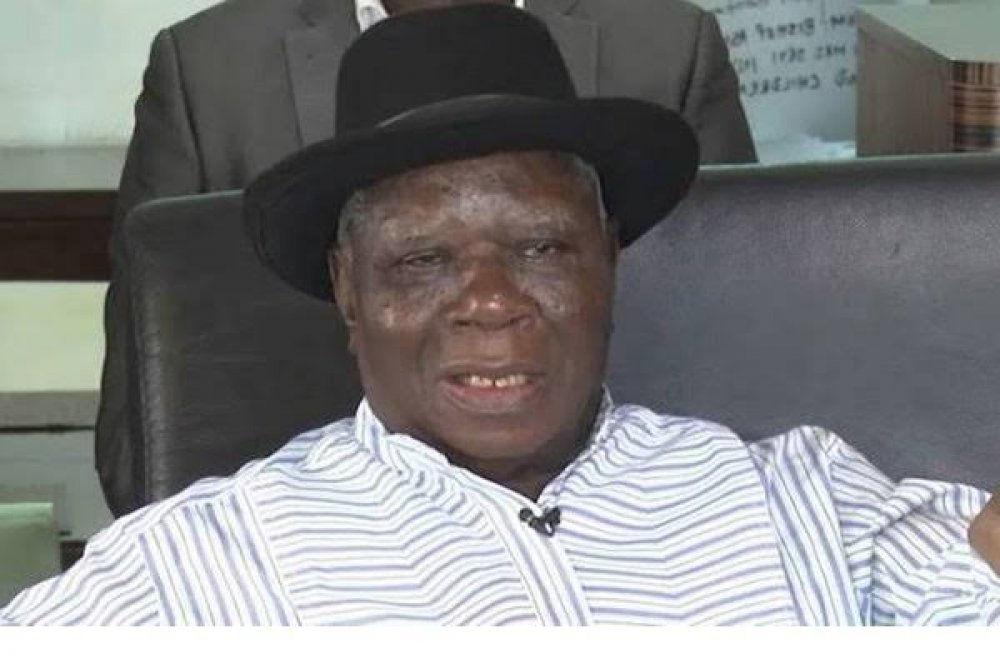 Elder Statesman and Ijaw leader, Chief Edwin Clark says he once told Nnamdi Kanu, the leader of the proscribed Indigenous People of Biafra (IPOB) that ‘he has a good fight, but going about it wrongly’.

Clark also said that IPOB is dreaming with its inclusion of the South-South region in Biafra Republic.

IPOB is agitating to break the South-East and South-South regions away from Nigeria to form Biafra Republic. Biafra campaigners claim that they have not seen the gains of good governance from successive Nigerian governments, hence their resolve.

Both the South East and South South regions were part of the defunct Eastern Region which rebelled against Nigeria from 1967 to 1970.

Speaking in a recent interview with BBC Pidgin concerning the activities of IPOB, Clark said, “They (IPOB) are very unrealistic boys. To me, IPOB is not pursuing the right thing.”

Clark continued, “I told him (IPOB leader, Nnamdi Kanu) that he has a good fight, that the people of the East are being neglected. They have only five states, whereas other regions have six. In fact, one has seven. Based on what? Nobody knows.

“For every appointment that is being made in this country, the Igbo are shortchanged. If Universities are being distributed per state, they will have five. Others will have six while North-West will have seven. This is despite the Igbo forming the third leg when this country was created.

“So, they have a good complaint, but going about it wrongly.”

When asked if the South-South states are also part of the Biafra that IPOB is agitating for, Clark said, “How can Delta be part of Biafra? In what way? Is Biafra older or bigger than Delta?

“How can Rivers State or Akwa Ibom become part of Biafra? They are dreaming for still thinking about the Eastern Region of those days.”

He stated that claims by Kanu that he was abducted in Kenya has to be addressed by the East African country’s government.