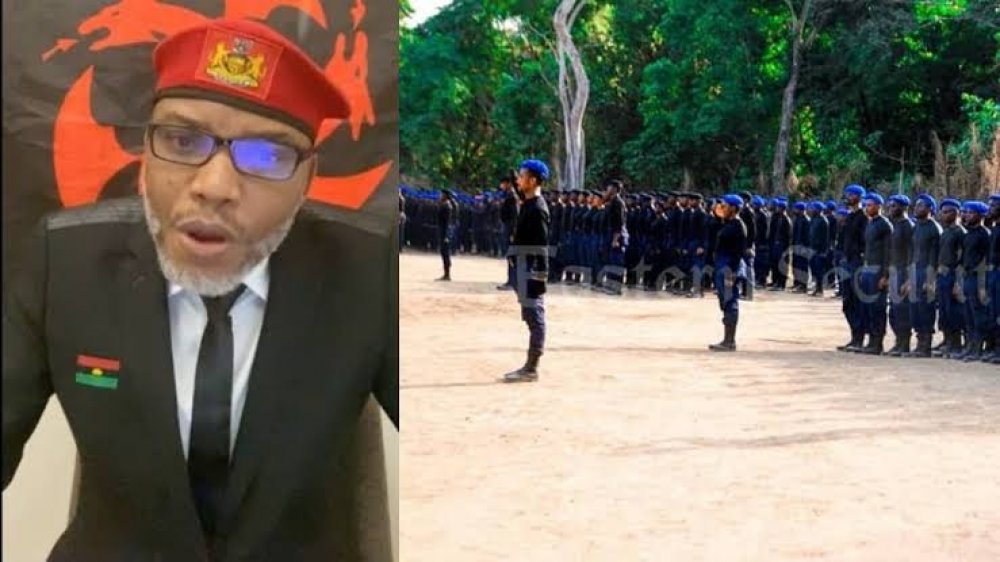 The Indigenous People of Biafra (IPOB) led by Nnamdi Kanu has denied reports linking its Eastern Security Network (ESN) to the killing of security operatives and burning of security buildings in the southeast.

The group in a statement by its spokesperson, Emma Powerful where it denied the links, stated that ESN is after terrorists operating in the region and not against security operatives.

It noted that a statement credited to the Chief of Naval Staff, Vice Admiral Awwal Gambo in which the military chief accused the ESN of attacking security operatives and formations is totally false.

Powerful added that the ESN operated in the bushes and not in the cities.

The statement partly read, “The attention of the Indigenous People of Biafra (IPOB) has been drawn to the unfounded allegation by the Nigeria Chief of Naval Staff, Vice Admiral Awwal Gambo, that the personnel of the Eastern Security Network, ESN, are responsible for the series of attacks on security agents in South-East and South-South in the recent times.

“We also take exceptions to insinuations and some biased media reports linking ESN and IPOB with the purported attacks.

“We are however not surprised that the Nigeria Government will easily point accusing fingers at us. We know their antics. They are only looking for another justification to launch a fresh military operation in the South East and South-South to kill more innocent and unarmed Biafrans.”

Expect Comprehensive List Of Those Behind Imo Attacks Soon - Uzodinma