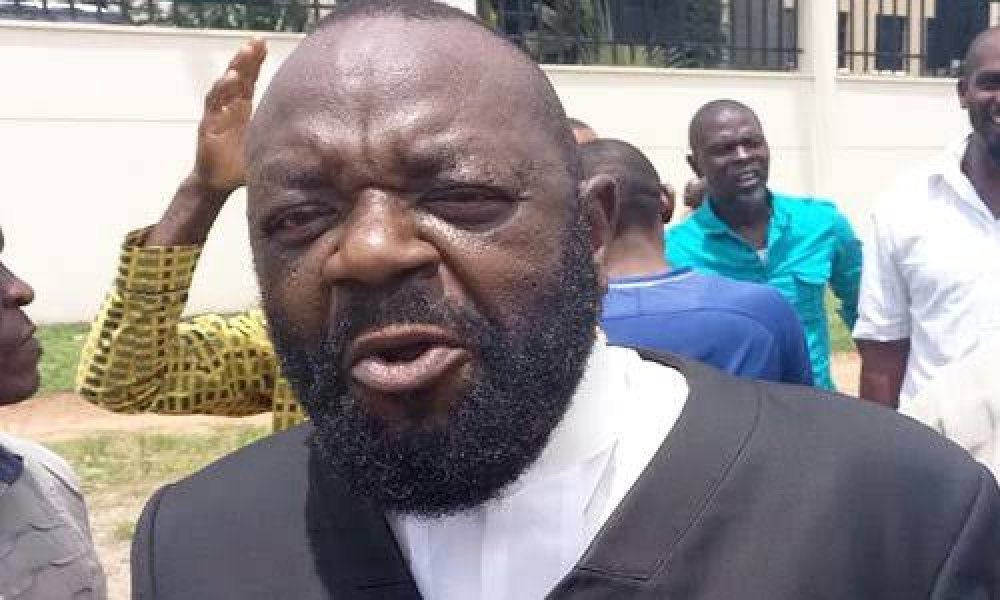 Aloy Ejimakor, the outlawed Indigenous People of Biafra (IPOB's) Special Counsel, says "Nigeria has tried too hard to frustrate the Igbo as a citizen", despite the ethnic group 'trying too hard to be Nigerian'.

Ejimakor stated this on Monday via his known Twitter handle. 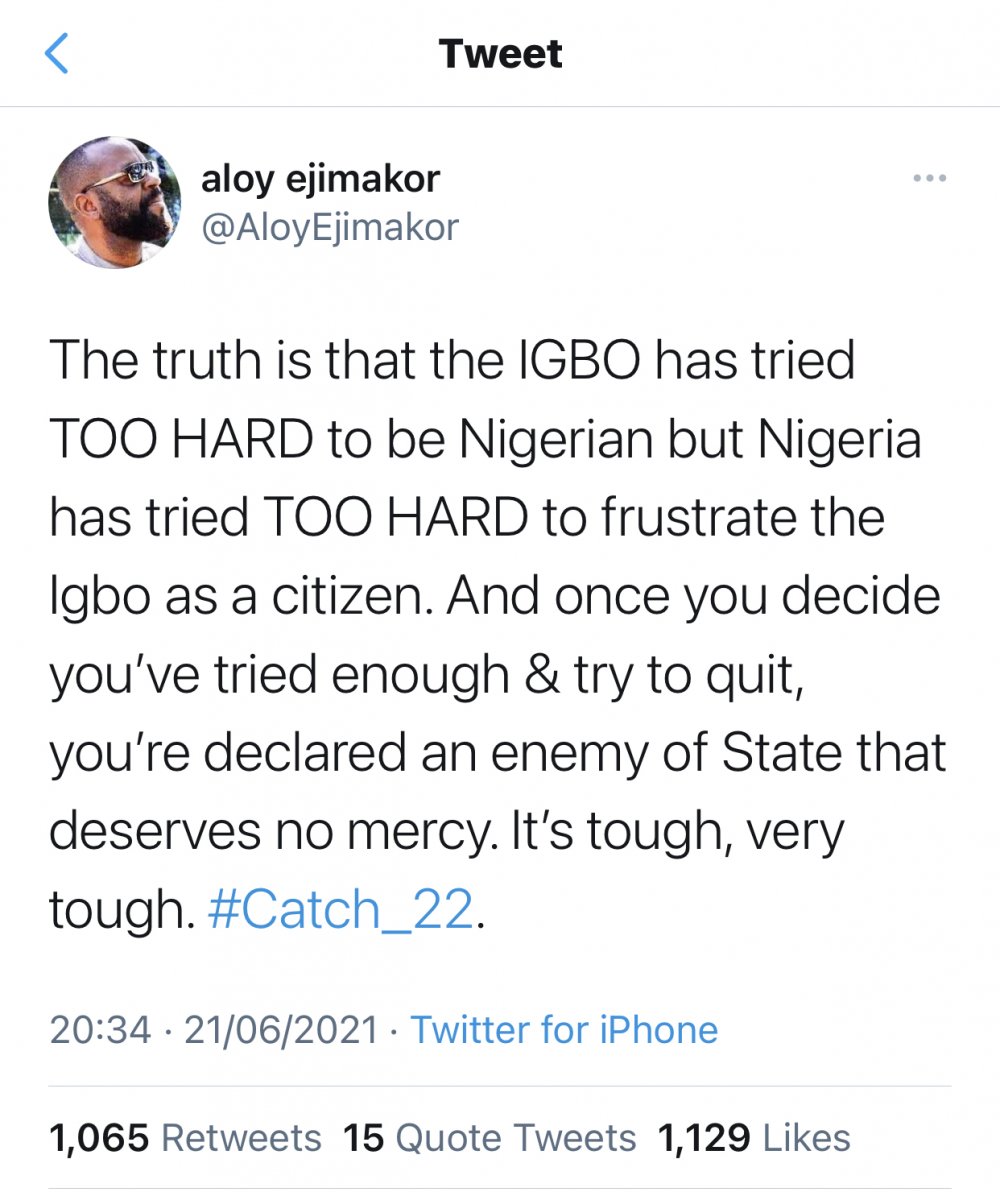 "The truth is that the IGBO has tried TOO HARD to be Nigerian but Nigeria has tried TOO HARD to frustrate the Igbo as a citizen. And once you decide you’ve tried enough & try to quit, you’re declared an enemy of State that deserves no mercy. It’s tough, very tough. #Catch_22," the legal practitioner wrote.

IPOB, which Ejimakor sides, is fighting for the secession of Eastern Nigeria, made up mainly of Igbos.

The controversial group says it is tired of Nigeria and wants to part ways.

The campaign for separation from Nigeria from Biafran proponents is not new. In 1967, Chukwuemeka Odumegwu-Ojukwu, a Nigerian military officer, in futility, led the breakaway Republic of Biafra. The war he orchestrated ended in 1970 with a huge number of Igbo deaths recorded.