Biafra: We Will Not Be Used As 'Sacrificial lamb'- Ohanaeze Tells Oduduwa 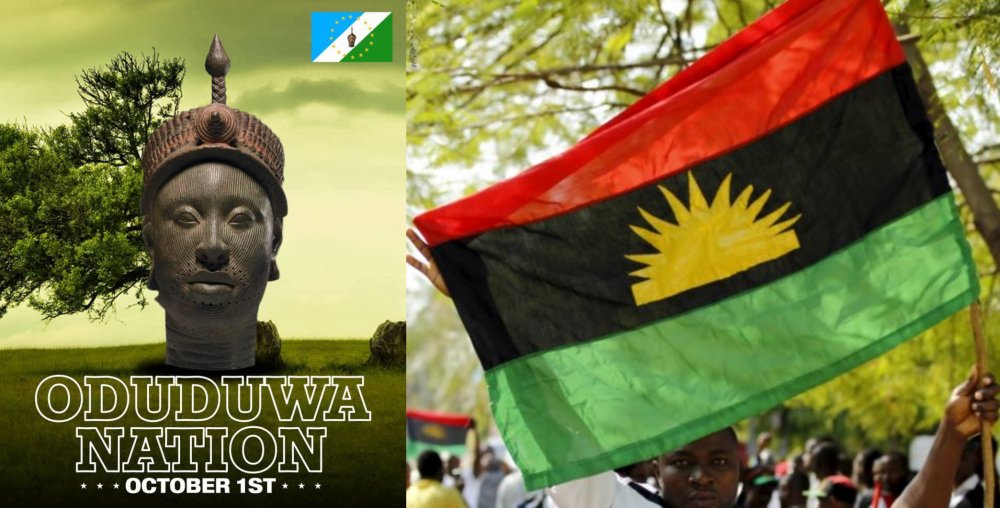 ...Says Oduduwa Republic Is A Scam

Ohanaeze Ndigbo Youth Council Worldwide has said it would never support the Oduduwa Republic while accusing Obafemi Awolowo, former premier of western Nigeria, of betraying the Igbo cause in 1967.

Just as Biafra agitators are trying to break away of the south-east from Nigeria, some Yoruba campaigners are following suit, asking for the secession of the south-west from the country.

Among those calling for south-west secession is Banji Akintoye, president of Yoruba World Congress (YWC), who recently said there was no going back on the push for the Oduduwa Republic for the Yoruba because Nigeria is a “failed nation”.

“But I want to declare here that nobody should harbour any doubt about the determination of Yoruba for self-determination. There is no going back, and come October 1st, we are going to make a formal declaration about it, and nobody including federal government can stop us,” Akintoye had made known while speaking during a recent interview.

He noted that it is their legitimate right to say whether they want to remain or not in the Union called Nigeria.

He added that the FG cannot hold them against their will, as Nigeria  is living on borrowed time, and “it is just a matter of time before we all go our separate ways.”

Also, while declaring a sit-at-home protest across the south-east region of Nigeria for October 1, the Indigenous People of Biafra (IPOB) said it was joining its Yoruba ”brethren” agitating for Oduduwa Republic in public protests to mark the Independence Day.

However, in a statement released on Monday by the Ohanaeze youth, it was noted that the  “unholy alliance between Yorubas activists and Biafra agitators is a ploy to repeat history of 1967 and fraudulently derail the 2023 Igbo presidency project”.

The statement, signed by Okechukwu Isiguzoro, president general of the group, Okwu Nnabuike, its secretary-general and 2020 Igbo youth day planning committee, said it can still recall how Awolowo betrayed the Igbo in the interest of the western region.

It warned that it would not allow the Yoruba to use Igbo as “sacrificial lamb” to unite its interest with the north, adding that the Igbo will never support the declaration of Oduduwa Republic

“Igbo Youths wish to Categorically Warn Biafra agitators that the sudden reappearance of Oduduwa Republic was hurriedly packaged with sinister Motives by Enemies of Igbos, to frustrate 2023 Igbo Presidency Project and divide the ranks of Biafrans,” it said.

“Historical figures had shown with affirmative evidence that Yorubas had never been in Support of Biafra agitation until now, but Igbos are wiser now than being used as sacrificial lambs to cement Yoruba’s interests with the North.

“Oduduwa Republic is a scam and its Fraudulent Declaration, is designed to hoodwink Biafrans into a planned disaster that awaits them in the near future, if Awolowo could betray Biafrans and promulgate Economic policies that led to the starvation and painful deaths of over 2 million Biafrans during the Civil War and gave 20 pounds to those that survived the pogrom of the War, then no right-thinking Igbo will fall for a Cheap deal for a Purported declaration of Oduduwa Republic.

“Igbos will never Support any declaration of Oduduwa Republic and We are only in Support of the Northern Alliance with East, they had been the Traditional allies of the Igbo since 1960.”