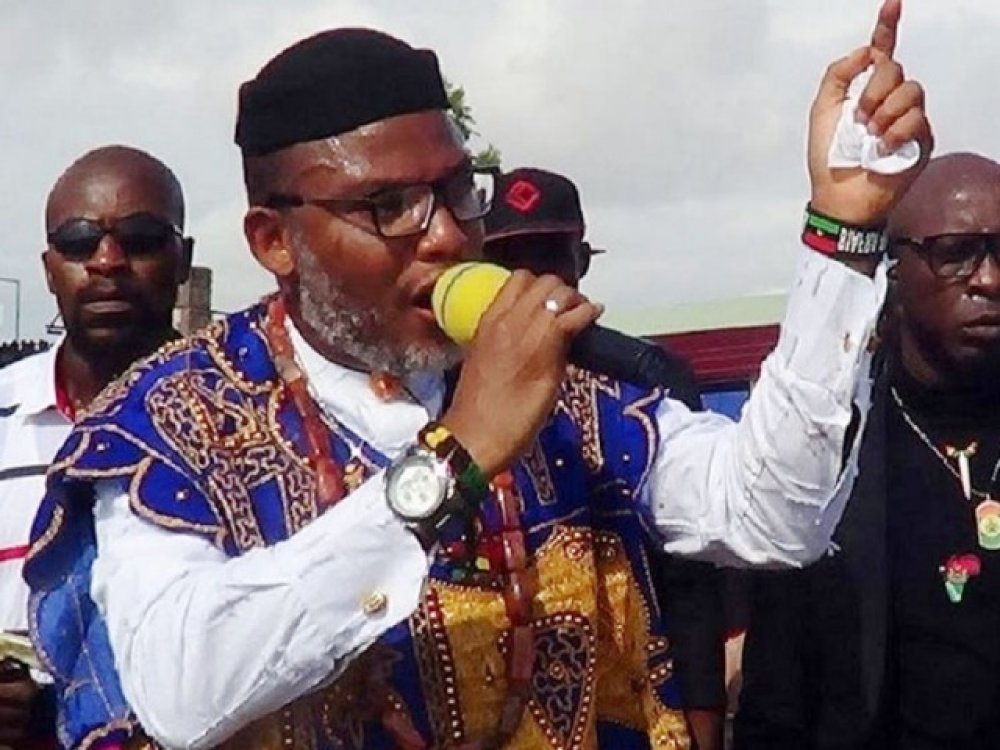 The leader of the Indigenous People of Biafra (IPOB), Nnamdi Kanu, on Friday, declared his outlawed group's readiness to secede from Nigeria, AllNews reports.

Self-exiled Kanu has always insisted that the sovereign nation will come to reality.

The 52-year-old was a relatively obscure figure until 2009 when he started Radio Biafra, a station that called for an independent state for the Igbo people and is broadcast to Nigeria from London.

Though he grew up in Nigeria's south-east and went to the University of Nigeria (UNN), Nsukka, Kanu moved to the United Kingdom (UK) before graduating.

Soon after setting up the now-outlawed IPOB in 2014, he spoke to gatherings of the large Igbo diaspora, calling for Biafran independence.

The plan for a Biafra state is not new.

In 1967, Igbo leaders declared a Biafran state. But after a brutal civil war, which led to the deaths of up to a million people, the secessionist rebellion was defeated.

Kanu is the latest in a line of ethnic Igbo activists taking up the cause of pushing for an independent state, saying the Igbos have been marginalised by successive Nigerian governments.

The Abia-born lead Biafra apostle has been using Twitter activism to propagate his rhetoric and views among the masses.

He claims that there are some unnamed ‘cabals’ in Aso Rock who are running the affairs of Nigeria.

See his latest update on his known Twitter handle below:

In Dec 2019, the Fulani Cabal ruling Nigeria opened the borders to enable ‘foreign Fulani invasion’ under the pretext of ‘visa-free for Africans’. #IPOB had warned about this but nobody listened. They’re now invading the South.

Seems too late but #Biafrans are ready! pic.twitter.com/hfnWU9a23H