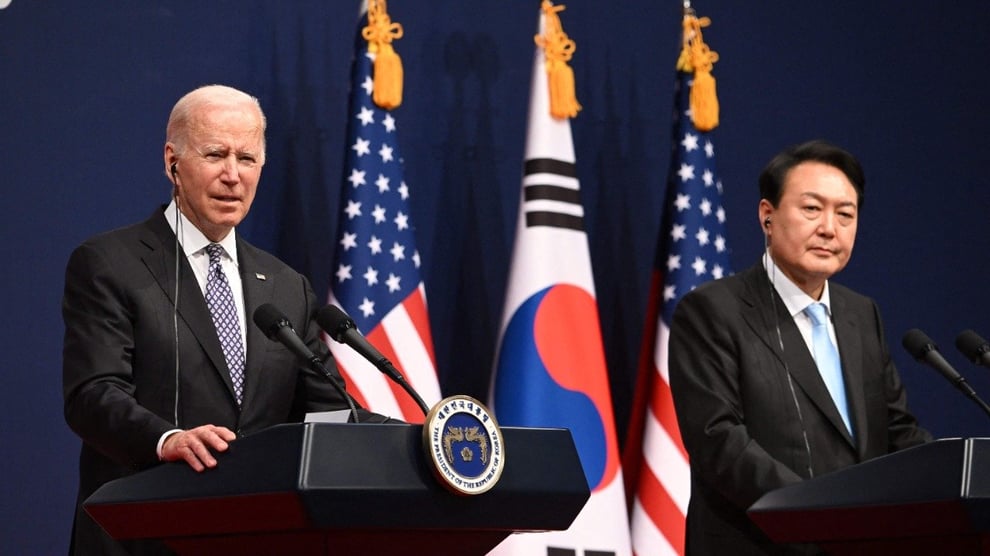 Aljazeera reported on Saturday that their talks will focus on boosting ties amid concern over North Korean provocations, including warnings of an imminent nuclear or missile test.

Saturday’s summit comes a day after Biden arrived in South Korea, on his Asian tour that also includes a stop in neighbouring Japan.

Biden and Yoon’s discussions will touch on a wide range of topics, including North Korea, the Russia-Ukraine war, trade, technology, climate change, and the COVID-19 pandemic.

It's added that the two leaders are expected to announce their intent to strengthen the South Korea-US alliance and will also reaffirm their commitment to the denuclearisation of the Korean peninsula.

They will also discuss ways to tackle North Korea’s continuing nuclear and missile programme amid concern over a record 16 weapons launches carried out by the North this year.