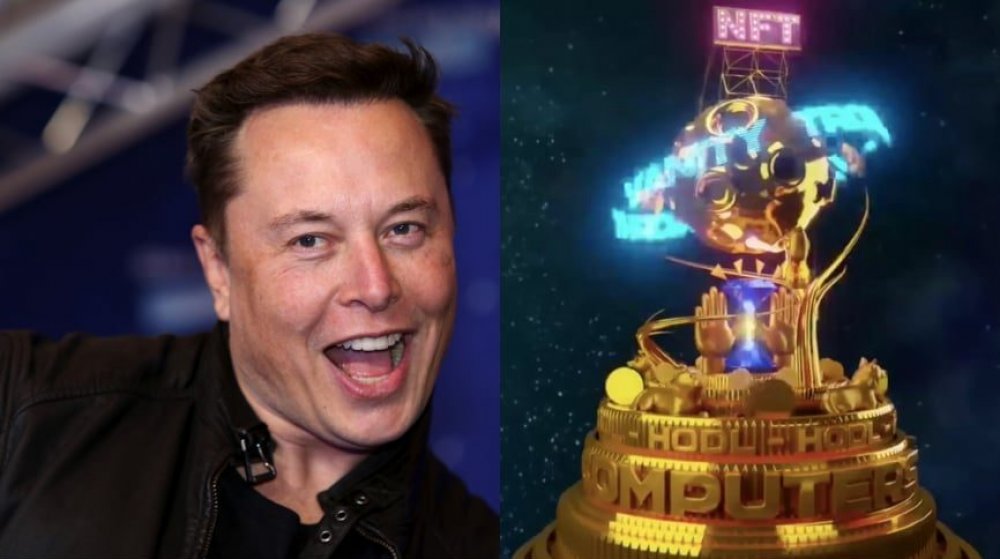 The SpaceX and Tesla founder took to Twitter last night to announce the auction. “I’m selling this song about NFTs as an NFT,” he wrote. The NFT features a gold trophy decorated with “diamond hands,” Shiba Inu dogs (presumably referencing dogecoin), a moon, and the crypto term “HODL,” all tastefully spinning and gleaming to a techno song with the lyrics: “NFT for your vanity. Computers never sleep. It’s verified. It’s guaranteed.”

There is also a short futuristic video loop, which shows a trophy labeled “Vanity Trophy” with the term “NFT” at its top and “HODL,” a nod to a cryptocurrency community term meaning to hold a coin rather than sell, repeated across its bottom.

I’m selling this song about NFTs as an NFT pic.twitter.com/B4EZLlesPx

NFTs are unique cryptocurrency tokens used to represent digital assets, including jpegs and video clips. NFTs can be bought and sold, just like physical assets. And since they run on the blockchain, a decentralized digital ledger that documents transactions, ownership, and validity of the asset the NFTs represent can be tracked. Unlike cryptocurrencies, they cannot be traded or exchanged at equivalency. This differs from fungible tokens like cryptocurrencies, which are identical to each other and, therefore, can be used as a medium for commercial transactions.

Bids for the acclaimed Technoking of Tesla's tweet on the Valuables (by Cent) marketplace have been rolling in and, at the time of publication, the highest bid comes from @sinaEstavi at $1.12 million.