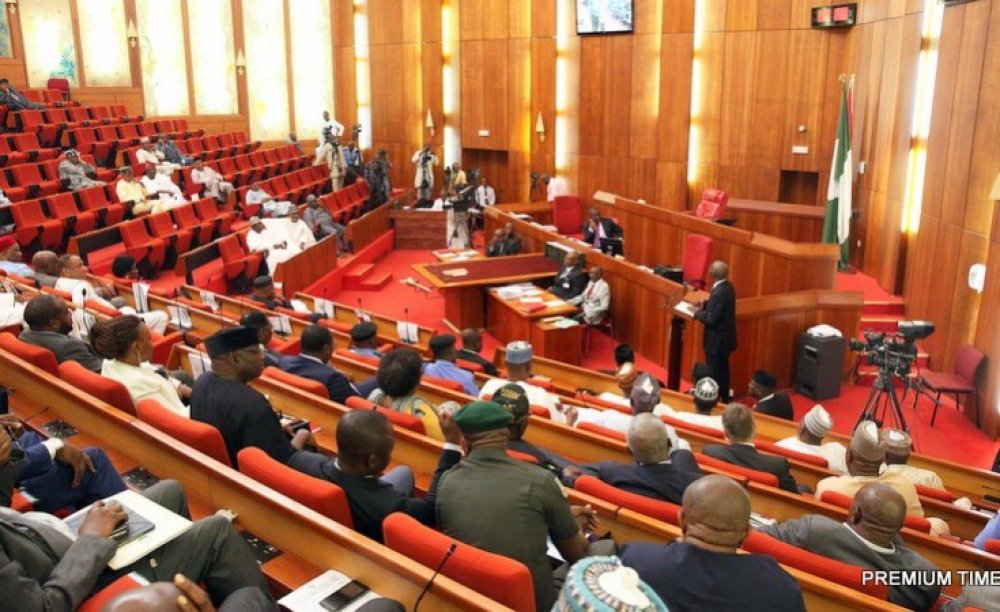 The Petroleum Industrial bill has passed its first reading at the Wednesday Plenary session of the Nigerian senate.

Reading the bill on the floor of the Senate, Ahmad Lawan the Senate President directed that the  Acting Clerk of the Senate, Dauda Ibrahim El-Ladan, distribute a copy of the bill to each senator ahead of the second reading next week.

Sponsored by Yahaya Abdullahi, the senator representing Kebbi North at the Nigerian Senate, the bill is seeking to create an opportunity for Nigerian and foreign investors to buy shares in the Nigerian National Petroleum Corporation (NNPC).

READ ALSO: Petroleum Industry Bill Will Commercialize NNPC And Not Scrap It - FG

President Muhammadu Buhari had on Tuesday sent the Bill to the National Assembly for consideration and passage.

Also over the weekend, Lawan and Speaker of the House of Representatives, Femi Gbajabiamila, promised to break the jinx that had militated against the passage of the Bill after several attempts by the National Assembly.

Lawan held that the lawmakers must understand the bill to ease its passage.

He further promised that the national assembly would thoroughly scrutinize the bill before considering its passage.

AllNews recalls that the Minister of State for Petroleum, Timipre Sylva, said that the new PIB seeks to commercialize the NNPC rather than abolish it.