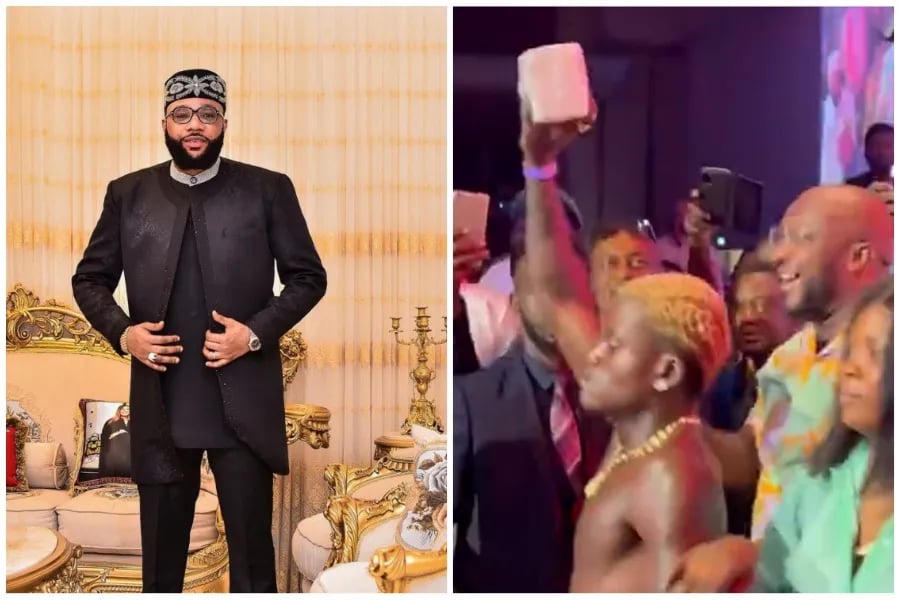 Singer Portable was left speechless after billionaire businessman E-Money showered him love by gifting him bundles of cash.

Portable was one of the singers who performed at the event, and E-Money was so impressed with his performance that he lavished him with cash.

To avoid a repeat of the Poco Lee incident, the singer hid the money in his boxers. 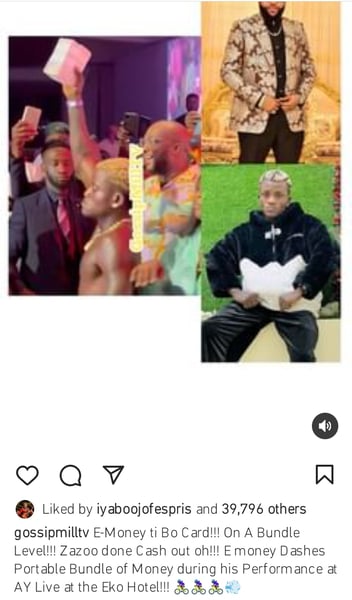 Portablerecently got a lot of people talking after sharing money at the airport.

He was captured on video throwing money in the air as airport staff scrambled to pick up the money while attempting to board a plane from Benin to Lagos.

As expected, some Nigerians praised him for the thoughtful gesture, while others chastised him for constantly engaging in activities that would make him popular.