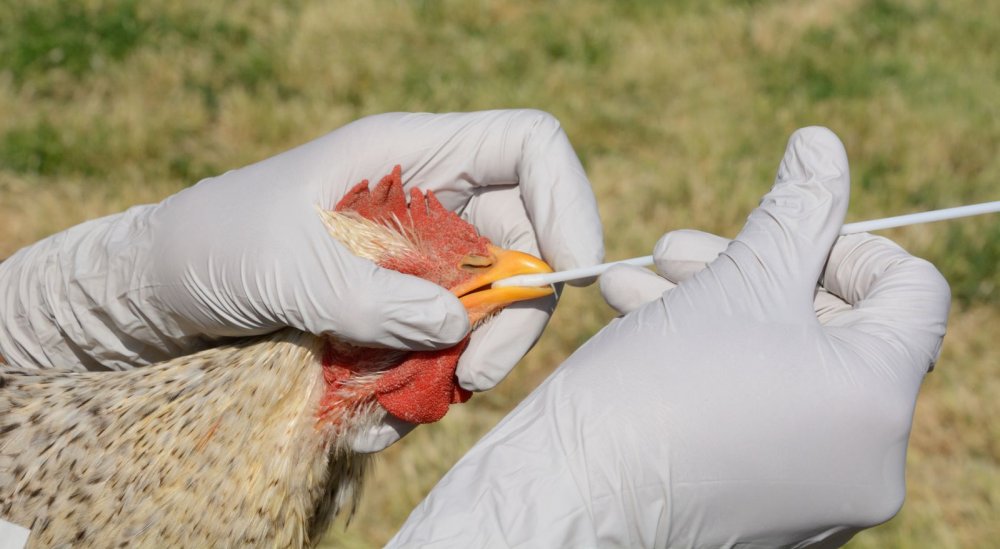 The Lagos State Government (LASG) has advised poultry farmers to put in place biosecurity measures on their farms to prevent any outbreak of avian influenza  (Bird flu) in the state.

The State  Commissioner for Agriculture, Ms. Abisola Olusanya, gave the advice on Saturday while speaking with the News Agency of Nigeria  (NAN) in Lagos.

The Commissioner was reacting to the outbreak of bird flu in some parts of the country and the level of preparedness in the state.

She said that the state government was aware of the development and is on the alert to prevent any outbreak.

Olusanya said that poultry owners have been educated on safety precautions to observe before entering their farms, urging them to adhere to them.

According to the commissioner, poultry owners must put on full-body protective gear as well as sanitise their feet before entering into their poultry such that the virus will not be easily transmitted.

“Biosecurity refers to the procedures used to prevent the introduction and spread of disease-causing organisms in poultry flocks.

“We have to commend the Federal Ministry of Agriculture and Rural Development because the department overseeing livestock actually gave quick and prompt feedback about the outbreak of some of these diseases.

“They gave feedbacks during the swine fever that happened with the pigs last year and now, the avian flu.

“If you want to enter a poultry pen, you don’t just enter, you have to sanitise your feet, you have to put on the full-body gear and observe all other measures.

“Owners of poultry pens are already being advised to have biosecurity measures in place,” she said.

The commissioner also said that veterinary doctors had been directed to move around the poultry pens to ensure that there is no outbreak of bird flu and in case of any, they can act quickly to curtail the spread.

“Our veterinary doctors are also moving around to check and to ensure that there is no outbreak yet so that if there is an outbreak, they can quickly curtail it before it spreads to other poultry.

NAN reports that Dr. Olaniran Alabi, the Director of Veterinary and Pest Control Services at the Federal Ministry of Agriculture and Rural Development, Abuja, had on Feb.11 announced the resurgence of the virus after two years.

The statement from the ministry said that the outbreak had been reported in two states; Kano State and Plateau.

According to the statement,  the outbreak occurred in two backyard poultry farms of multiple species: ostriches, geese, turkeys, layers, and peacocks in Kano state.

It also said that within one week, some outbreaks were confirmed in two commercial farms in the state and another in Jos, Plateau.

“This indicates that the disease is rapidly spreading to other states and that there was the need to put in place proactive measures to curtail further spread,” the statement said.

The director in the statement recommended that all states of the federation including the FCT should embark on full activation of the highly pathogenic avian influenza (HPAI) emergency preparedness plan (EPP) in the states.

“Enforcement of movement control of poultry and poultry products from affected to non-affected states.

“Sensitisation of poultry farmers and other value chain operators on basic biosecurity and hygiene measures for prevention and control of the disease.

“Separation of live bird markets (LBMs) for poultry from the LBMs for domestic fowls and other bird species such as duck, captive wild water birds.

“Also sustained and vigorous disinfection of live bird market in the states,” the statement said.

It urged all the state and the FCT  directors to be on the alert with intensified bio-security measures to avert the spread of the deadly disease.