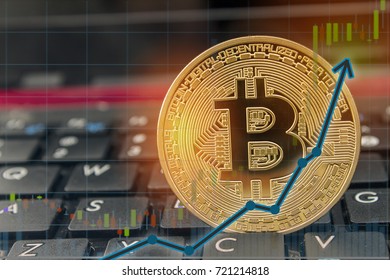 Just last week, Bitcoin fell to its lowest level since September 2021. It was trading at $35,000 on Saturday, January 22, 2022. The cause of this fall was likely a draft proposal by the Bank of Russia to the lower legislative house of Russia, called the Duma, to ban cryptocurrency transactions in Russia.

The draft proposal was to curb the influence of cryptocurrencies, especially bitcoin, on the economy of the country.

The bank of Russia reported that the country carried out bitcoin transactions worth more than $5 billion last year alone, making the country the second-largest user of the altcoin behind the USA.

The bank had given reasons for the ban proposal as saving the Russian economy from any burst that may occur in the future, saving the environment as energy usage has risen due to an upsurge in mining activities, and also curbing the influence of cryptocurrencies over the economy of the country.

Unfortunately for the bank, members of the Duma rejected the bill to ban cryptocurrencies transactions in Russia.

It is not certain if the ban is connected to the crash in prices, but we are certain that the price fell to as low as US $35,000 on Saturday, January 22, 2022, losing more than US $200 billion of its market value during this period.

As at the time of compiling this report, bitcoin rebounded to a price of US $38,057.57, picking up exactly +3.58% during its last 24 hours of trade. This information can be confirmed at http://www.coinmarketcap.com.

So why should you buy the dip now?

Bitcoin is one of the most volatile trade assets. What it means is that it can easily go down and get up. Any time you want to make as much money as quickly as possible, you buy the asset anytime it loses more than 40% of its exact value.

For example, when the price fell to as low as US $6,000 in April 2020, a lot of people bought as much as they could muster. Fortunately for them, the price grew to the point where it hit US $60K just a little under two years ago. Ever since the price has fallen and picked up anytime.

Buying an asset when the price is low is the quickest way to become wealthy. Yes, we know the price of the coin has fallen, but we can assure you that the price will get back to US $60K within the shortest possible time. Now imagine that you bought 4 BTC at US $35,000 each or you bought NGN50,000 worth of bitcoin at the exchange rate when it fell.

Now that the price has picked up to US $38,000, you could have gained more than NGN55,000 since when you invested that amount of money. Which bank will give you that kind of return in just three days?

Two, buying bitcoin and saving it for the future is another way of investing for the future. The best time to invest in bitcoin is when the price crashes. That’s why you hear people say "Buy the dip."

The choice of buying bitcoin is up to you. Buy now when you have the chance.