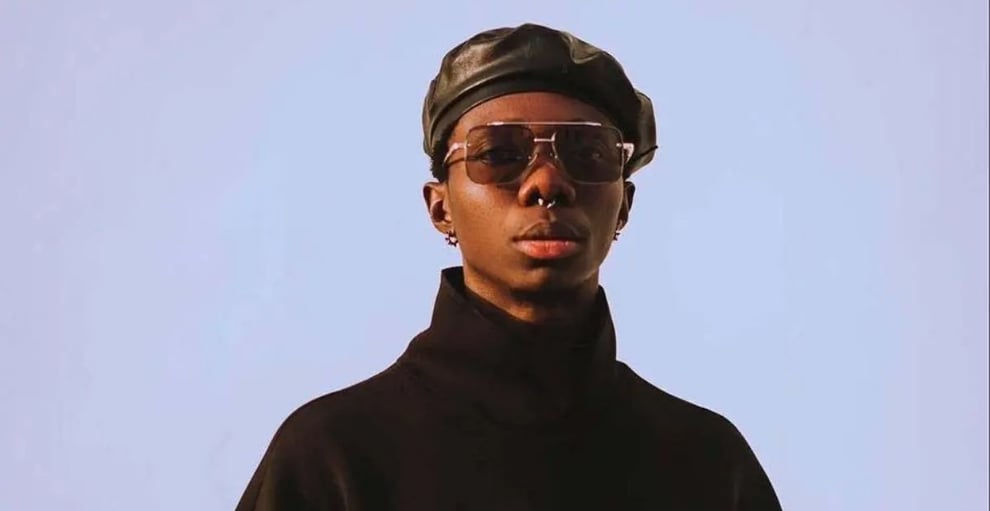 Fast-rising rapper Emeka Akumefule aka Blaqbonez has thrown his fans into an uproar as he unveiled his girlfriend, identified as Gbemi, for the first time.

Blaqbonez, on his social media pages on Sunday, posted a romantic video compilation of himself and Gbemi. The couple is seen holding hands, playing games and giggling.

Captioning the post, Blaqbonez states that it feels wrong to continue to hide her from the world as she was there when nobody else was there for him.

"Love is beautiful when you find the right one. It feels wrong to continue to hide you from the world cos last year when I lost my brother no one else was there for me but you."

Love is beautiful when you find the right one.
it feels wrong to continue to hide you from the world cos last year when i lost my brother no one else was there for me but you @galowthebaddie ?❤️ pic.twitter.com/fM5Ihm7hLu

Netizens met the news with outrage as the rapper has been an ardent preacher against love, something that was evident in the title of his last project 'Sex Over Love'.

Just last week, he had a successful crusade titled 'Breaking the Yoke of Love'.

The irony of the crusade, which was held on February 13, was that the theme contradicts the worldwide celebration of love, Valentine's Day, which happened the next day.

While Blaqbonez was preaching “Sex over Love”, he was in a relationship.

My bad for trusting someone named “Emeka”.

Practice what you preach no concern Blaqbonez o

So Blaqbonez dey inside relationship and he was preaching sex over love, you can never trust guys that wear nose ring.

Me when next Blaqbonez preaches against love to me? pic.twitter.com/gDPMOmBYYm

Blaqbonez use una break the yoke of love come channel the energy to strengthen him own love life ? pic.twitter.com/dSp7enW6ky

So Blaqbonez get girlfriend and he dey always preach sex over love, na Shola own i dey wait for.

Blaqbonez is the type of student that'll read heaven and earth for exam, but will tell his guys that he hasn't even opened his book.?

Blaqbonez with another PR strategy and y’all are swallowing it ?
He knows the game too well.

i left my babe of 6 years after listening to sex over love by blaqbonez cause he inspired me and made me feel love was a stupid thing. she begged but i never took her back, instead i had sex with all her friends to push the motive and now he is happily in LOVE???? LOVE????

Blaqbonez post clearly explains why everyone shouldn’t believe everything they see on social media, people will convince you on the internet and do otherwise in reality .

Do what pleases you Fr ??

BlaqBonez is evidence that you should believe beardless men at your own risk ?