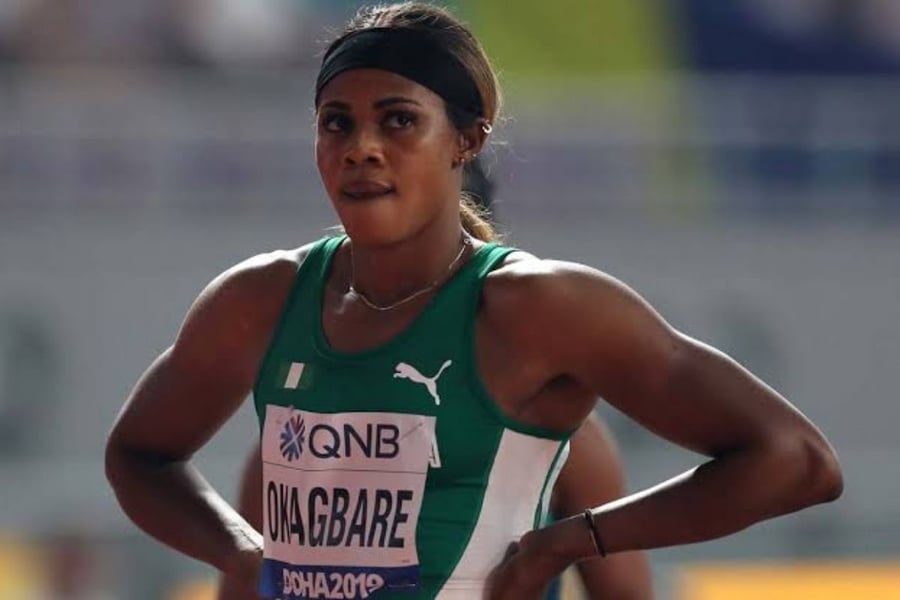 Nigerian Olympian Blessing Okagbare has been slammed with a 10-year ban by the Athletics Integrity Unity (AUI) due to multiple violations of the World Athletics Anti-Doping  (WAAD) rules.

Okagbare 33, was given a 5-year suspension for the presence and use of multiple prohibited substances and another five years for her refusal to cooperate with the AIU’s investigation into her case.

The ban was confirmed by the Agency on Friday in a press release.

According to the statement, “The Disciplinary Tribunal has banned Nigerian sprinter Blessing Okagbare for a total of 10 years, five years for the presence and use of multiple prohibited substances, and five years for her refusal to co-operate with the AIU’s investigation into her case.

"The sole arbitrator adjudicating the case concluded that the athlete’s use of multiple prohibited substances as part of an organised doping regimen in the lead up to the Tokyo Olympic Games was egregious conduct that amounted to aggravating circumstances under the Rules thereby warranting an additional period of ineligibility on top of the standard four-year sanction.

"The sole arbitrator also recognised the AIU’s right to carry out investigations, including the imaging of electronic devices, and to impose sanctions when an athlete refuses to co-operate with an investigation and thereby frustrates the AIU’s ability to fulfil its mandate to protect the integrity of the sport of athletics. In this instance, the sole arbitrator concluded that the athlete’s refusal to cooperate had denied the AIU the opportunity to discover evidence of possible further rule violations by her as well possible violations of the rules by others, for which he imposed an additional sanction of five years.”

This is coming hours after the World Anti-Doping Agency (WADA) accused Court of Arbitration of Sport (CAS) of ignoring the world anti-doping code in Russian teenager Kamila Valieva's case.

Blessing also has the right to appeal against the Disciplinary Tribunal’s decision at the Court of Arbitration for Sport (CAS) within 30-days.

Blessing has in her cabinet -- two silver medals for the Long Jump at the Beijing 2008 Olympics and the 2013 World Championships in Moscow. She also holds a Commonwealth Games record of 10.85 for the women's 100m at Glasgow 2014.