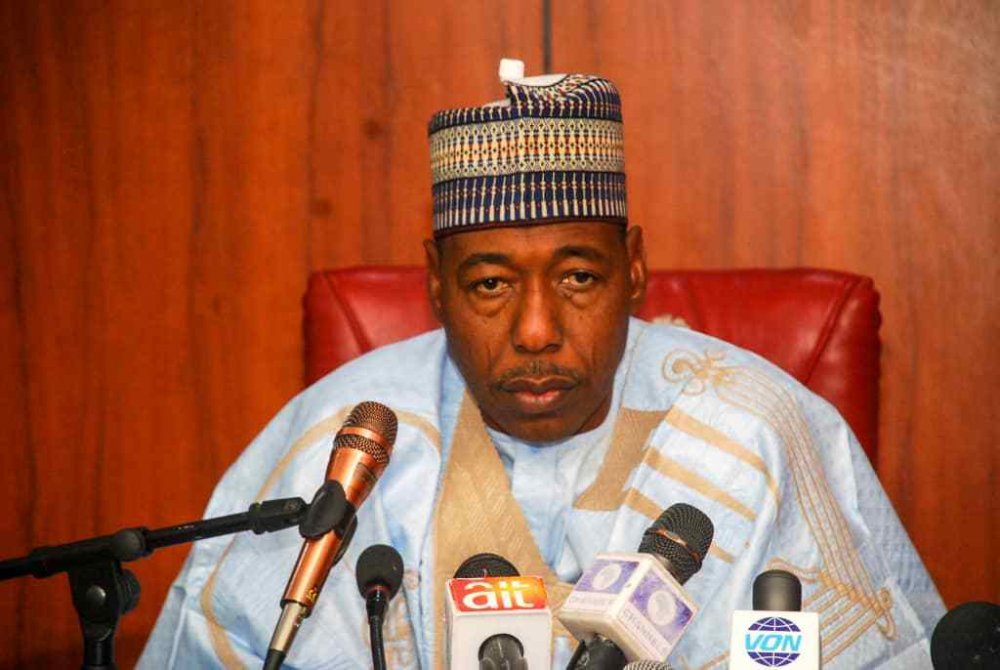 The Executive Governor of Borno state Babagana Zulum has challenged the Nigerian army to invade the hideouts of Boko Haram insurgents in the north-east region.

Zulum who spoke at the Chief of Army staff conference in Maiduguri told soldiers not to wait for insurgents to attack first, challenging them to take the fight to the insurgents' hideouts.

“In line with my 10 cardinal agenda for good governance, Borno state government shall maintain and sustain its role as a key stakeholder in the activities and operations of Nigerian army through the provision of all the needed support and morale boosting mechanism to all security operatives involved in the fight against insurgency to end Boko Haram crisis,” he said.

“I urge the Nigerian army to take the war to all hideouts of Boko Haram. The army should not wait and give the insurgents the opportunity of first attack. You should as a matter of policy embark upon clinical clearance operation after successful execution of attacks.

“Let me commend the renewed effort and vigour of the Nigerian army in the fight against insurgency and urge you to sustain the momentum,” Zulum said.

In response, the Chief of Army Staff Tukur Buratai who thanked the governor for honouring the invitation commended him for always identifying with the Army ”on the collective effort to defeat terrorism and criminalities in the northeast”.

It will be recalled that Governor Zulum had in the past month been attacked twice by suspected Boko Haram Insurgents.