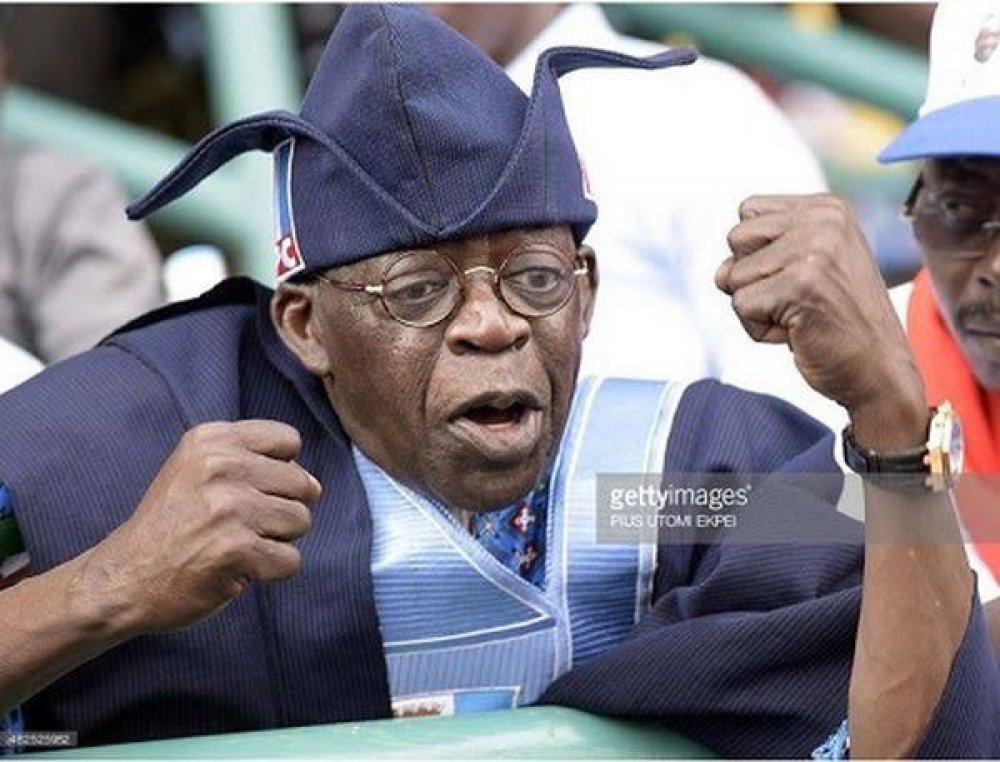 The National Leader of the All Progressives Congress (APC), Senator Bola Ahmed Tinubu, has called on those clamouring for secession to jettison such idea.

Speaking at the Special Ramadan Prayer Tafsir (Lecture) for Lagos State and Nigeria, held at the Lagos House, Marina on Sunday, Tinubu said that the country was better together than seperated.

He said that the war drums some people were beating would result in the disintegration of the country like Sudan and Iraq.

According to him, Nigeria is yet to recover from the effect of the Biafra civil war, hence, cannot afford to experience another war.

Some Igbos are calling for a Biafra Republic, while some Yorubas are canvassing for Oduduwa Republic.

”For clamouring for war, God will not allow Nigeria to experience war. If we say Nigeria should seperate, people should remember what war caused in Sudan and Iraq. Such war does not end on time. We are yet to recover from the civil war.

”We are better together. I have nowhere I am going. Whoever has experienced war in the past will not pray for such. Nigeria will not seperate, it’s not acceptable to us.

“Our prayers is for prosperity and more wealth for the country,” Tinubu said.

Tinubu also commended the Lagos State Governor, Babajide Sanwo-Olu and his Deputy, Dr Obafemi Hamzat, for their achievements in the state.

He said that the state had witnessed massive developments since the administration of Sanwo-Olu came on board and expressed satisfaction with their performance.

In his goodwill message, Governor Sanwo-Olu promised to fulfill his campaign promises and deliver on the dividends of democracy.

He said that the state government was in the process of installing 2,000 cameras across the state for security surveillance.

He said that the proposed last mile buses, which his administration would unveil this month (May), would eradicate the menace of Okada riders.

The National Missioner, Ansaru-deen Society of Nigeria, Sheikh Abdul-rahman Ahmad, also called on those clamouring for the country to divide to have a rethink.

Ahmad said that though insecurity was on the increase, but with constant prayers, change of thoughts and characters by Nigerians, the country would come out of it.

The Islamic cleric encouraged all Nigerians to buy made in Nigeria products to strengthen the naira and the economy.

He urged the Lagos State Government to make examples of lawless commercial motorcyclists, popularly called Okada riders, for peace and security in Lagos.

Ahmad condemned the kidnappings in many parts of the country and advised government to implement the laws on insecurity as it affects development.

”For those clamouring to divide the country, maybe you should have a rethink. Ask yourself; where will this clamour for so called independence lead us? We should reinvent this country. Nigeria will be great.

”We are insecure, we are unsure, there is hunger, there is anger and confusion in the land. This is the time we need divine intervention. If we gather and pray till 2023, Allah will not listen to us till we do some things.

”This is the time action is required, backed by deep thoughts for today and our tomorrow. We have often blamed leaders but we have to choose the kind of leaders we deserve. Everywhere is unsafe even the police station is not safe. We need to rejig,” he said.

Sheikh Muyideen Ajani Bello ( Oniwasi Agbaye), called for more prayers, as what Nigeria was facing was as a result of sins in the country.

Bello said Nigerians should truly love one another, and do away with corrupt practices.

The event was attended by frontline Islamic clerics from all local government areas in the state and the General Officer Commanding 81 Division of the Nigerian Army, Gen Abubakar Garba.

Also, the former National Chairman of the APC, Chief Bisi Akande, Speaker of the House of Representatives, Femi Gbajabiamila, business mogul, Aliko Dangote, among others were present.