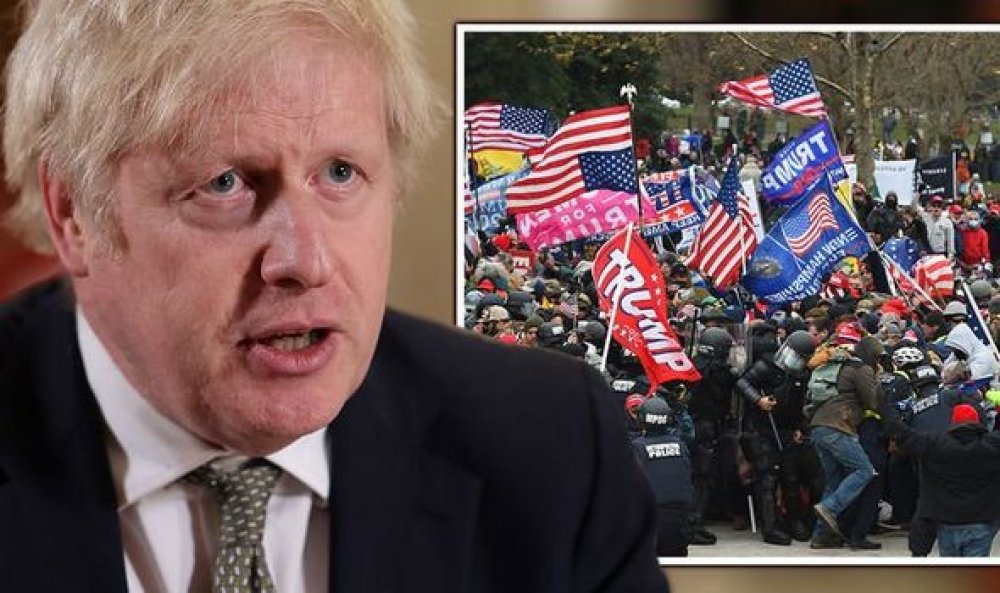 Following the violence in the United States (U.S.) Capitol Attack on Wednesday, the British Prime Minister, Boris Johnson has joined hosts of other leaders in condemning the incident.

Johnson who took to his social media platform on Thursday morning described the attack as “disgraceful".

Johnson in his Twitter handle message added that “The United States stands for democracy around the world and it is now vital that there should be a peaceful and orderly transfer of power.”

Correspondingly, the First Minister of Scotland, Nicola Sturgeon, called the events “utterly horrifying" and Labour leader Sir Keir Starmer who described the riots as a "direct attack" on democracy said: "Horrendous scenes from the US. These are not ‘protesters’ - this a direct attack on democracy and legislators carrying out the will of the American people."

AllNews had reported that four-person was fatally shot on Wednesday when violent protesters stormed the United States Capitol Hill.

The protesters, believed to be supporters of out-going President Donald Trump, stormed the U.S. Capitol on Wednesday, forcing lawmakers into hiding.

The Electoral College certification vote was paused after the protesters breached the Capitol building, killing a woman, AFP reported.

Since the November presidential election, Trump had constantly attacked the integrity of the election results.

He had rallied his supporters outside the White House on Wednesday morning, urging them to march to the Capitol.

However, hours after the marchers had violently confronted the police and breached the building, the president released a video calling on them to “go home in peace.”

Meanwhile, despite the attempt to disrupt the collation of the electoral process, the United States Congress on Thursday Monday affirmed Joe Biden's victory over President Donald Trump.

Disgraceful scenes in U.S. Congress. The United States stands for democracy around the world and it is now vital that there should be a peaceful and orderly transfer of power.