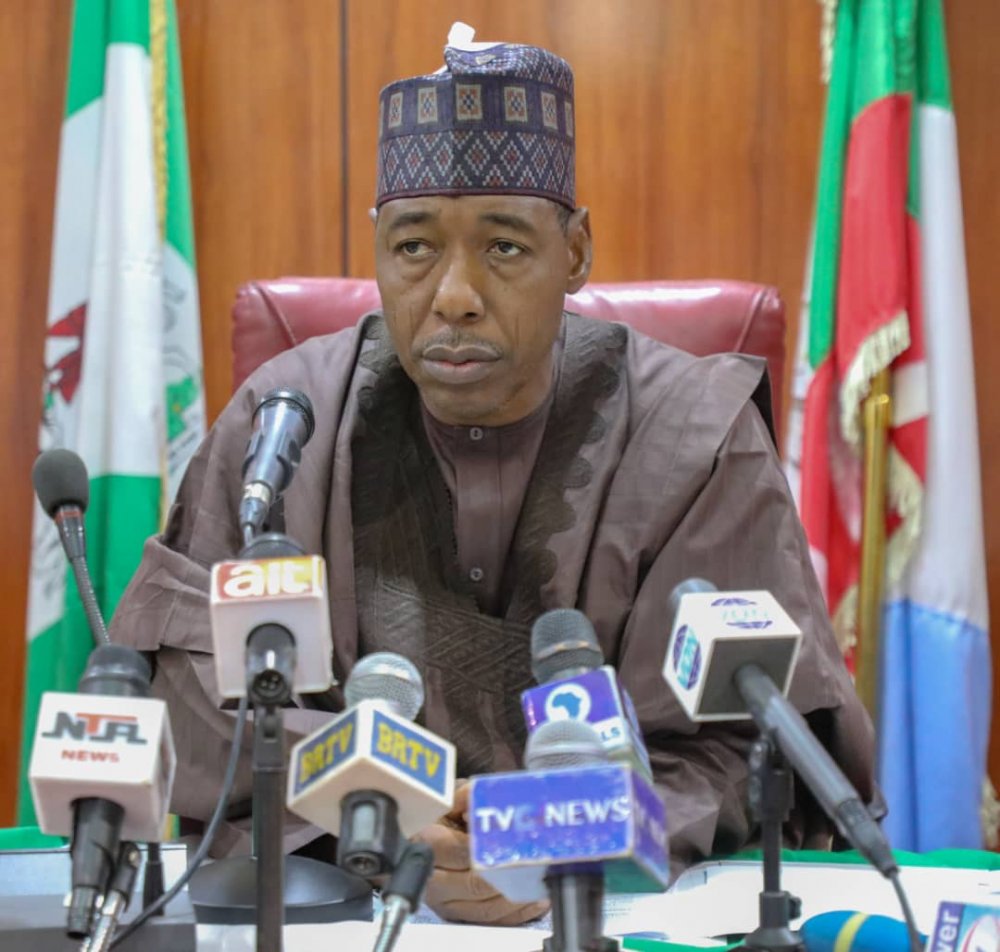 Governor Babagana Zulum of Borno has urged the new Chief of Army Staff (COAS), Maj.-Gen. Farouk Yahaya, to sustain the fight against insurgents, bandits, and other criminal elements in the country.

The governor made the call in a statement on Sunday in Maiduguri by his Special Adviser on Communications and Strategy, Malam Isa Gusau.

Zulum, who commended President Muhammadu Buhari for the choice of Yahaya, said the development showed the Buhari’s consistency and commitment in combatting insurgency in the North East.

“With the appointment of General Yahaya, the country has retained the advantage of having in place service chiefs who have all served in Borno and have sufficient operational knowledge in the fight against Boko Haram and ISWAP.

“While warmly congratulating the new Chief of Army Staff, I will like to gladly acknowledge that Mr. President’s choice of Major General Farouk Yahaya, who was in Maiduguri as Theatre Commander of the joint armed forces battle against insurgents was a deliberate reaffirmation of Mr. President’s consistency of placing the insurgency facing the Northeast, as the topmost priority of the Presidency,

“Because addressing the insurgency in the Northeast has the potential of stabilizing the nation in general.

“It is worth recollecting that both the late Chief of Army Staff, Lieutenant General Ibrahim Attahiru, and current Chief of Defence Staff, General Leo Irabor, were appointed based on their experiences of having served as Theatre Commanders in Borno, leading operations against insurgents.

“It is clear that Mr. President is focused on the Northeast, given the fact that the insurgency challenge has lingered for 12 years now and had resulted in countless deaths, displacements of citizens, and destructions of communities,” the statement reads in part.

Zulum expressed optimism that the experiences and combined efforts of the service and other stakeholders would facilitate the fight against insurgents.

He however urged the people of Borno to be prayerful and accord maximum support to the military and other security agencies for peace to reign supreme in the state.