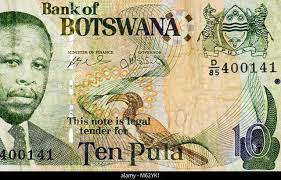 In the face of daunting economic, political, and health challenges, countries have to adopt more expansionary fiscal and monetary measures to achieve economic growth.

With Nigeria and a few African countries releasing economic figures last week, it was the turn of Botswana to release its own.

Last week, the Central Bank of Nigeria released MPR figures, showing that the status quo remained. The objective is to sustain its current intervention moves in order to achieve monetary stability and economic growth.

In a similar move, the Central Bank of Botswana released its report yesterday. The bank left its benchmark interest rate steady at a record low of 3.75% during its December 2021 meeting.

The decision is aimed at strengthening its support in the fight against strong inflationary pressures and the economic uncertainties posed by the Omicron COVID-19 variant.

According to the Bank of Botswana, the headline inflation rate rose to 8.8% in October from 8.4% in September, remaining close to nine-year highs (resistance level) and well above the upper bound of the bank's medium-term objective range of 3–6%.

Considering the drop in foreign direct investment caused by the COVID-19 lockdowns of last year, It becomes imperative for the monetary authorities to adopt a more bullish policy in order to attract FDI and promote non-tourism economic growth.

According to Trading Economics global macro models and analysts' forecasts, Botswana's interest rate is expected to be 3.75 percent by the end of this quarter.

In the long term, the Botswana interest rate is projected to trend around 3.25 percent in 2022 and 2.50 percent in 2023, according to our econometric models.