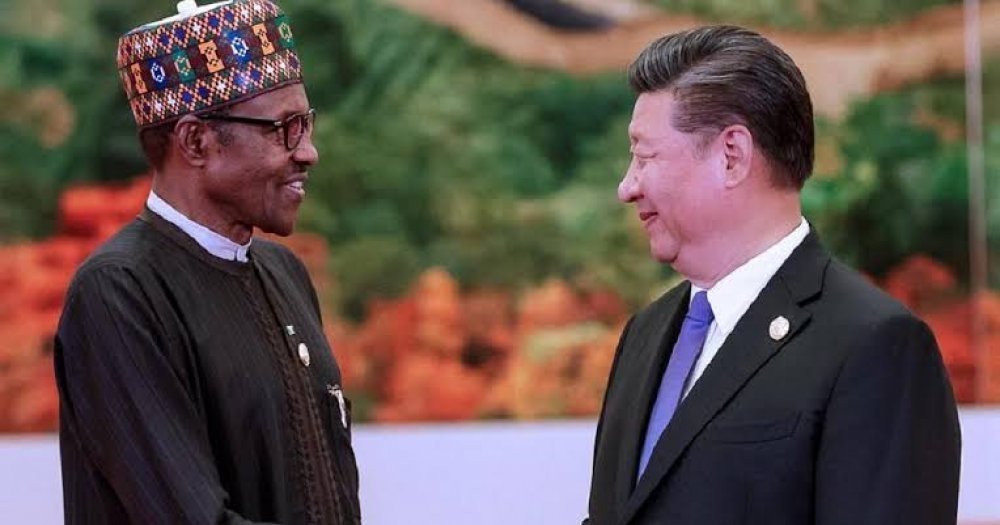 The role of China in Nigeria's debt problem has led to a confrontation between the Executive and the House of Representatives. The Federal Government had been questioned on why China remains its major source of loan as the fear of China, thanks to it's antecedent in underdeveloped and developing countries, spreads across Nigeria.

The government has also been criticised over the contract terms of the agreement it had with China in respect of the project finance, which includes sovereign guarantee. The contract clause has led to many believing FG has transferred Nigeria's sovereignty to the Asian country just to obtain financial support from China - but this is a misconception of what sovereign guarantee actually mean.

What You Should Know About Nigeria/China Debt

Reduces Nigeria's Debt Service Provision: Compared to other sources of loan, China provides - through Beijing-based Export-Import Bank of China - Nigeria with soft loan that are project tied. The loan comes with low interest rate of 2.5 percent with a tenor of 20 years, including grace period of seven years. This reduces the Debt Service provision in the Annual Budget lower than it would have been.

[READ ALSO: Here's Why China Will Not Forgive Nigeria, Other African Countries' Debt]

Part of the project includes Rehabilitation and Upgrading of Abuja-Keffi- Makurdi Road Project. These projects will play a role in the repayment of the Chinese debt, as they are revenue generating projects or have the potential to generate revenue for the country.

The Debt Management Office (DMO), while reacting to the controversy trailing the Chinese loan, had stated that, “the projects also have the added benefits of job creation, not only by themselves but through direct and indirect service providers, a number of which are Small and Medium Enterprises”.

China Is Not Nigeria's Main Source Of Loan

Also, as of February 2020, Nigeria has an African Development Bank (AfDB) outstanding loan of $2.1 billion - Amidst the COVID-19 pandemic, Nigeria got about €288.5 million in addition. Nigeria got $3.4 billion IMF COVID-19 relief loan in April. Meanwhile, three months ago, Nigeria was relieved of the €22.4 million (N8.9 billion) debt it owed Germany.

While China is not Nigeria's main source for loan, it has become the most recent source for quick or project tied loan. Aside from China providing Nigeria soft loan of low interest rate, the Asian country was the only available option when World Bank and IMF ignored Nigeria during its last recession.

According to the Minister of Finance, Zainab Ahmed, due to the lack of interest from the aforementioned international creditors, which also included AfDB, Nigeria saw China as a better alternative, leading to Nigeria requesting for another $17 billion loan form the Asian country.

Why Nigerians Should Be Concerned

Now, about 17 loans have been obtained by Nigeria from China for different capital projects. The loans from China will continue to be serviced by Nigeria until 2038. With Nigeria having revenue problem due to slow economic growth and the impending recession, repayment of loan might become difficult even though Nigeria budget for it.

China's Antecedent:  AllNews had reported that the Asian country has been accused of using financial support to take over the infrastructure of countries, especially the developing countries. Sri Lanka lost its Magampura Mahinda Rajapaksa Port which was funded with a loan from Exim Bank of China after it defaulted.

Zambia and Rwanda are on the verge of losing state electricity company ZESCO and Port of Mombasa respectively, due to their inability to repay their debt. The countries are reportedly in talks on the debt situation.

The major and latest controversy regarding the Chinese loan has been the "Sovereign Guarantee or Clause" in the loan contract between Nigeria and China. It had been alleged that the Federal Government and Minister of Transportation, Rotimi Amaechi, under whom the projects falls, transferred Nigeria's sovereignty to China in order to get the project tied loans.

This prevents project lenders from incurring unplanned obligations or certain risk that might result from government policies. While lenders don't get to obtain immunity from all project risks, the lenders are often assured that the government will take on exchange rate and political risk - this is because the government can control these risk through policies.

So during economic crisis, the government will accept the risk incurred by the project, as the lender will initiate or activate the sovereign clause. So sovereign guarantee doesn't mean the sovereignty of Nigeria has been transferred or given to China, it only means that the Nigerian government promised not to take actions that will affect the project and lenders during and after the completion.

[READ ALSO: Chinese Chopstick: Nigeria's Debt To China Might Be A Trap It Can't Escape From]

According to FindLaw, project lenders are finding it difficult to obtain sovereign guarantee in recent times, as governments - both developing and developed countries - now prefer to give project assurance through comfort letters that also states government will protect the project, but excludes risk from economic difficulties.

Project lenders are assured that changes in environmental, tax, import/export or other laws and regulatory framework will affect the project or rights of the lenders. Government will also hasten approval for grant and renew permits, which will include work permits, visas and other foreign worker permits for project participants and their personnel.

Why Is The House Of Reps Feigning Ignorance?

For every loan or project financing, the National Assembly always sign off as the executive seek the approvals of the House of Representatives and the Senate. No loan is taken or obtained by the Federal Government without the knowledge of the legislature, so the lower chamber feigning ignorance of the sovereign clause and misinterpreting it for Nigeria's sovereignty raises questions.

According to the DMO, "... it is only after the approval of NASS that the Loans are taken and Nigeria begins to drawdown on the Loans. In summary, Borrowing is a joint activity between the Executive (FEC) and the Legislative (NASS) Arms of Government."