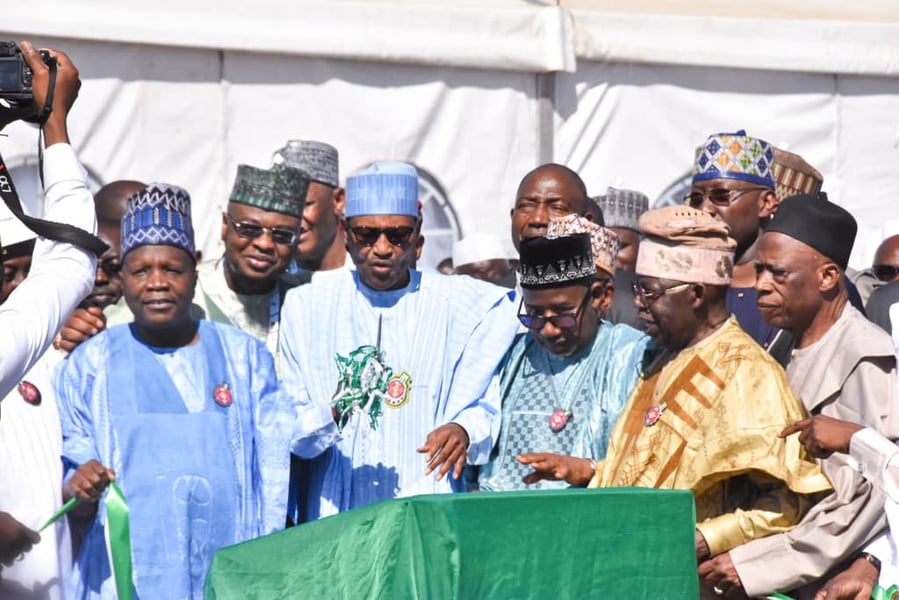 President Muhammadu Buhari on Tuesday officially opened the Kolmani Integrated Development Project in the Kolmani River II Oil Field, which is situated in a border town between the states of Bauchi and Gombe.

Buhari expressed happiness over the discovery of 500 billion cubic feet of gas and over one billion barrels of oil in the Kolmani area, as well as the enormous potential for more deposits since exploration efforts had been stepped up.

The President participated in the official groundbreaking ceremony for Oil Prospecting Leases (OPLs) 809 and 810 at the Kolmani River II Well, along with a few governors and other cabinet officials. 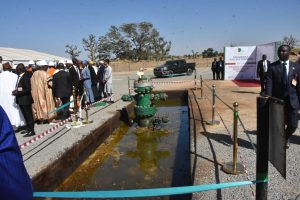 In October 2019, the Nigerian National Petroleum Company (NNPC) Limited stated the Kolmani River had been found to contain crude oil, gas, and condensate.

The New Nigeria Development Commission (NNDC), the NNPC Limited, and Sterling Global Oil would all work together to develop the oil field.

According to the President, the NNPC was given the mandate to re-strategize and extend its oil and gas exploration footprints to the frontiers of the Benue Trough and Chad Basin, including Anambra, Dahomey, Sokoto, and Bida.

Buhari said that comparable initiatives are currently underway in the other basins.

“Today is important in the economic history of our nation as we move closer to the production of oil and gas in the Upper Benue Trough, specifically, the Kolmani River Oil and Gas Field, straddling Bauchi and Gombe States.

“This is indeed significant considering that, efforts to find commercial oil and gas outside the established Niger Delta Basin were attempted for many years without the desired outcomes.

“However, the successful discovery of the Kolmani Oil and Gas field by NNPC and her partners has finally broken the jinx record by the confirmation of huge commercial deposits of hydrocarbons in Kolmani River field,” he said.

He said that investment had been drawn by the discovery of the hydrocarbon resources' comprehensive integrated development and monetization.

He stated that the project, which included upstream production, oil refining, power generation, and fertiliser, was a fully integrated in-situ development project that would have many positive effects on the country.

He listed the advantages, including but not limited to the country's overall socioeconomic development, energy security, financial security, and food security.

The landlocked location and substantial capital requirement, he said, made the project's economics a difficult one to consider.

“Consequently, from the onset, I instructed NNPC Limited to utilise and leverage its vast asset portfolio across all corridors of its operations to de-risk the project to attract the much-needed investment.

“I have directed NNPC to continue along these lines.

“It is therefore to the credit of this administration that at a time when there is near zero appetite for investment in fossil energy, coupled with the location challenges, we are able to attract investment of over three billion dollars to the project.

“This will surely be a reference subject for favourable discussion in the industry as we pursue the just energy transition programme that will culminate in our country achieving Net-Zero position One by the year 2060,” he said.

Bala Mohammed and Inuwa Yahaya, the governors of the states of Bauchi and Gombe, respectively, have pledged their steadfast commitment to securing support and collaboration in these areas as this activity affects the local inhabitants, according to Buhari.

The President asked the NNPC Ltd, NNDC, and its Strategic Partners to see to it that all the lessons learned from our years of experience as an oil-producing nation are applied to promote peaceful coexistence with the local populations.