Buhari Pleads With The U.S. To Support Nigeria In Fight Against Insecurity 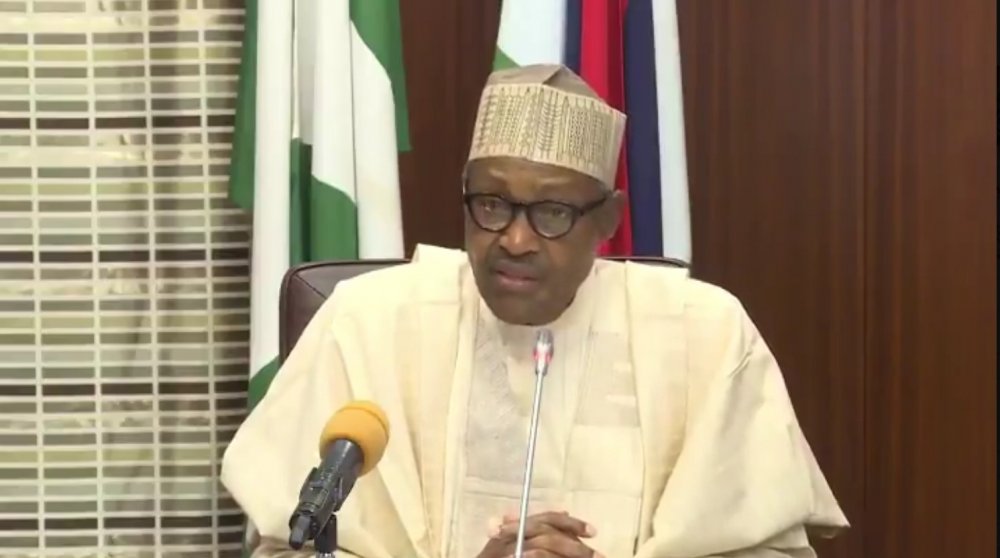 President Muhammadu Buhari on Tuesday stressed the need for the support of the United States and other “important strategic partners” in confronting the security challenges facing the country.

The President said the support was necessary because the consequences of insecurity in Nigeria would affect all nations.

This was contained in a statement by his Special Adviser on Media and Publicity, Femi Adesina, adding that the President made the plea during a virtual meeting with the US Secretary of State, Mr. Anthony Blinken.

The statement was titled, ‘Security: President Buhari asks US to relocate headquarters of AFRICOM to Africa, warns of likely spillovers’.

Recall that the Nobel Laureate, Professor Wole Soyinka on Saturday, while lamenting the state of insecurity in Nigeria, called on the President to seek help.

Aside from seeking US assistance, the statement also said that Buhari also called on the United States to consider relocating the US African Command from Stuttgart, Germany, to Africa, nearer the Theatre of Operation.

He also pleaded with the international community to support Nigeria and the sub-region in tackling insecurity changes to avoid spillovers.

Buhari said AFRICOM, which partners with countries to counter threats, should be relocated to Africa to strengthen the ongoing efforts to check the security situation, which likely affects the other nations.

He said, “The security challenges in Nigeria remain of great concern to us and impacted more negatively, by existing complex negative pressures in the Sahel, Central, and West Africa, as well as the Lake Chad Region.

“Compounded as the situation remains, Nigeria and her security forces remain resolutely committed to containing them and addressing their root causes.

“The support of important and strategic partners like the United States cannot be overstated as the consequences of insecurity will affect all nations hence the imperative for concerted cooperation and collaboration of all nations to overcome these challenges.

“In this connection, and considering the growing security challenges in West and Central Africa, Gulf of Guinea, Lake Chad region and the Sahel, weighing heavily on Africa, it underscores the need for the United States to consider relocating AFRICOM Headquarters from Stuttgart, Germany to Africa and near the Theatre of Operation.”

Buhari maintained that Nigeria would enhance collaborations in all forms, with friends and strategic partners, and work together for greater security for all, which remain the most significant condition for overcoming the current challenges.

He then congratulated the US Secretary of State, Blinken, on his appointment by President Joe Biden, and commended the US for its decision to repeal the immigration restriction known as the “Muslim ban”, re-joining the World Health Organisation and Paris Agreement on Climate Change.

He added, “Nigeria attaches great importance to its relations with the United States. Let me in this connection express appreciation to President Joe Biden for his welcome and decision to repeal the Immigration restriction known as the ‘Muslim ban’ on travel and visas for citizens predominantly from Muslim nations and African countries, including Nigeria.

“This action is a demonstration of the United States commitment in championing and supporting international organizations with the aim to build a better world for all.”

Buhari noted that Nigeria remains resolute in her commitment to supporting global efforts as enshrined in the Paris Agreement on Climate Change which seeks to limit global warming and reduce greenhouse gas emissions.

According to the President, the convening of the Climate Change Summit last week by President Biden was a strong indication of the renewed interest of the United States in the Paris Agreement.

“I would like to extend our goodwill message to President Joe Biden and his Administration. May I also thank you for initiating this meeting, which I am confident, given your background and current position, you will use to promote the existing bilateral relations between our two countries,’’ the President said.

The statement also quoted the Secretary of State as saying that he was pleased to make Nigeria part of his “first virtual visit to Africa,” noting that Nigeria and the US share a lot in bilateral issues.

He added that he would be delighted to build on the foundation that was laid between the two countries over 60 years ago, disclosing that areas of discussion with Nigeria would include “how to build our economies back after the COVID-19 pandemic, security for vulnerable communities, and climate issues.”