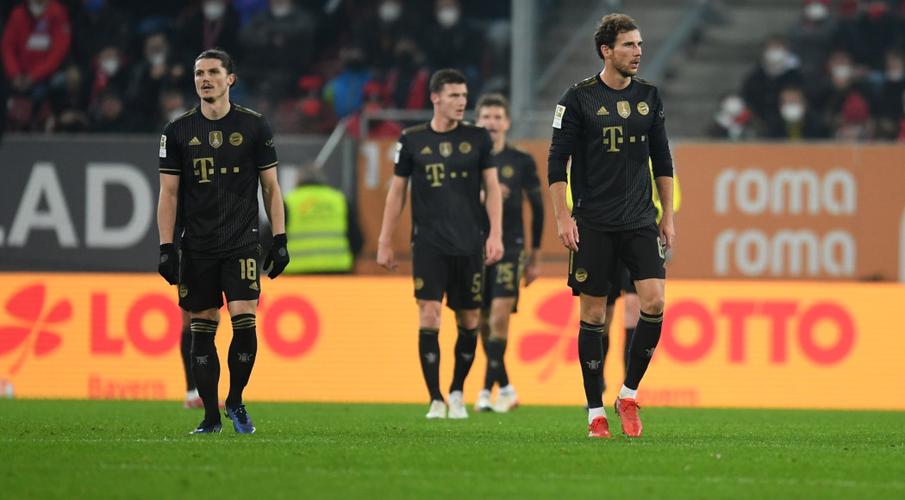 Bundesliga leaders Bayern Munich suffered a shocking 2-1 loss on return to club football to lift Augsburg out of relegation zone.

Goals from Mads Pedersen and Andre Hahn in the 23rd and 36th minutes put the hosts in the driving seat before Lewandowski reduced the arrears in the 38th, as Augsburg earned their third win in 21 Bundesliga matches against Bayern.

The result snapped Bayern's four-game winning run in the league but they are still top of the table on 28 points.

Borussia Dortmund, second on 24, will be looking to cut the gap when they host VfB Stuttgart on Saturday.

Augsburg's victory lifted them out of the relegation zone into 15th place.

"It was not an undeserved win for Augsburg," Bayern coach Julian Nagelsmann said. "I am disappointed and for the first time as Bayern coach really frustrated."

"We did not use the large spaces we had in the first half. We made mistakes with possession. We had a numerical advantage in midfield but did not use it. We did not go over the wings when we also could."

Thomas Mueller played his 600th game for Bayern in all competitions but they were missing three players through Covid-19 quarantine, including midfielder Joshua Kimmich who is out again for a week after contact with an infected person.

They still had more than 75% possession at the start but Augsburg caught them with a sucker punch when Pedersen powered home a low shot for his maiden Bundesliga goal.

With Bayern, who visit Dynamo Kyiv in the Champions League next week, struggling to create chances, Augsburg struck again.

Bayern's Marcel Sabitzer lost possession in his own half and Hahn rose above the defence to head in a perfect Iago cross.

The celebrations of the home fans were dampened two minutes later when Bundesliga top scorer Lewandowski netted his 14th league goal from a Mueller assist to cut the deficit.

But Augsburg remained disciplined in defence after the break and looked comfortable as they soaked up the Bayern pressure.

The visitors did not have many chances despite dominating possession but came close when Alphonso Davies' low shot in the 73rd flew just wide of the post before Augsburg goalkeeper Rafal Gikiewicz then denied Lewandowski from close range.