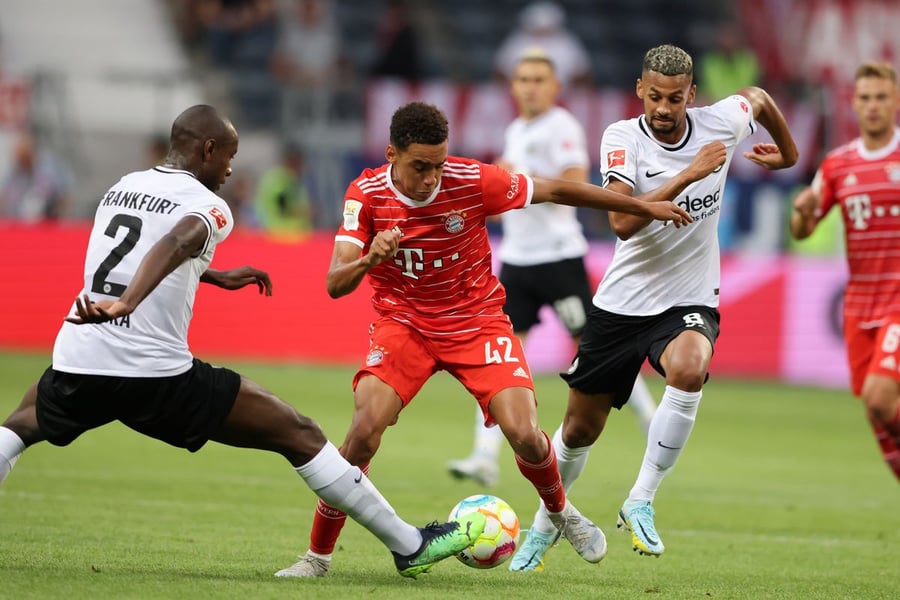 Bayern Munich sailed past visitors VfL Wolfsburg 2-0 on Sunday with goals from Jamal Musiala and Thomas Mueller to make it two wins from two in their Bundesliga title defence.

The Bavarians, who have now scored eight goals in their first two league matches, were lethal in attack, especially in the first half, with Sadio Mane, Mueller and Musiala wreaking havoc in their opponents' box.

Alphonzo Davies almost scored an own goal when he cleared a header but his effort bounced off the post in the fifth minute, with Wolfsburg enjoying a confident start.

It did not last, however, with Bayern gradually taking control and Germany international Musiala showing great skill and power to shrug off two markers, stay up and drill in for the lead in the 33rd minute.

The 19-year-old Musiala became the first German player under the age of 20 to score 14 Bundesliga goals.

The Wolves were soon reduced to desperate attempts at stopping the waves of Bayern attacks but Thomas Mueller, in his 417th Bundesliga game that lifted him to fourth on the all-time Bayern list, wrongfooted keeper Koen Casteels by stabbing in a Joshua Kimmich shot two minutes before the break.

Wolfsburg, led by former Bayern coach Niko Kovac, rarely had a look-in and managed just one shot on target in the entire game even after Bayern took their foot off the gas in the second half.