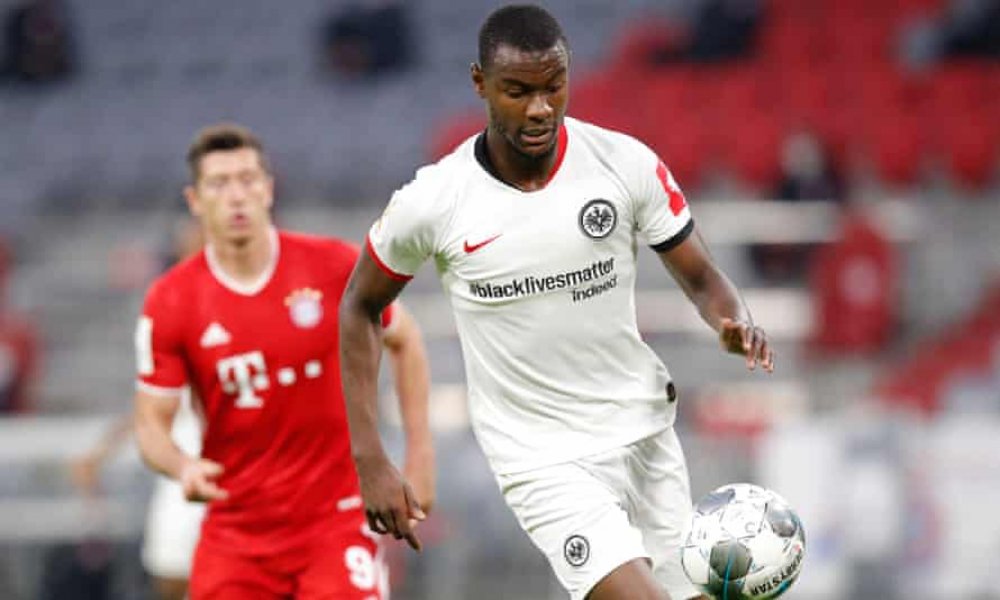 Bayern Munich have now gone two games without a win with Frankfurt taking advantage of the fatigued World champions.  Frankfurt move to the top 4 and gave Hansi Flick and his men something to worry about with a 2-1 defeat in the Bundesliga matchday 22 on Saturday.

The Bavarians were in Qatar to claim the FIFA world club cup but on returning have been in bad form -- first with a draw against struggling Arminia and now a loss to Frankfurt.

The consecutive drop of points means Bayern are now just 5 points clear at the top of the table provisionally as Leipzig will play later on Sunday and probably reduce it to 2 points with a win.

Frankfurt were more energetic early on with a goal at the stroke of 12 minutes when Kamada ghosted the German giant's defence and met Kostic cross, wrong-footed Manual Neuer and gave the Hesse side an early lead.

The lead became more comfortable for Adi Hutter's side when in the 31st minute they doubled it.

Kamada turned provider with a cut back for Younes on the left, left Sule stranded put the ball in the top corner at the far post, Neuer no chance!

The second half swerved in Bayern's favour with Lewandowski scoring his 25th goal of the season, a tap in from Leroy Sane's pass after a superb run in through Frankfurt's defence.

Bayern could not get the leveller as Frankfurt held on till the end of 90 minutes and even 5 minutes of added time was not enough with Hansi Flick's side suffering their 4th loss of the season.

Hansi Flick will now turn his attention to the Champions League as they travel to Italy to face Lazio who on their side of the continent managed a 1-0 win over Sampdoria.