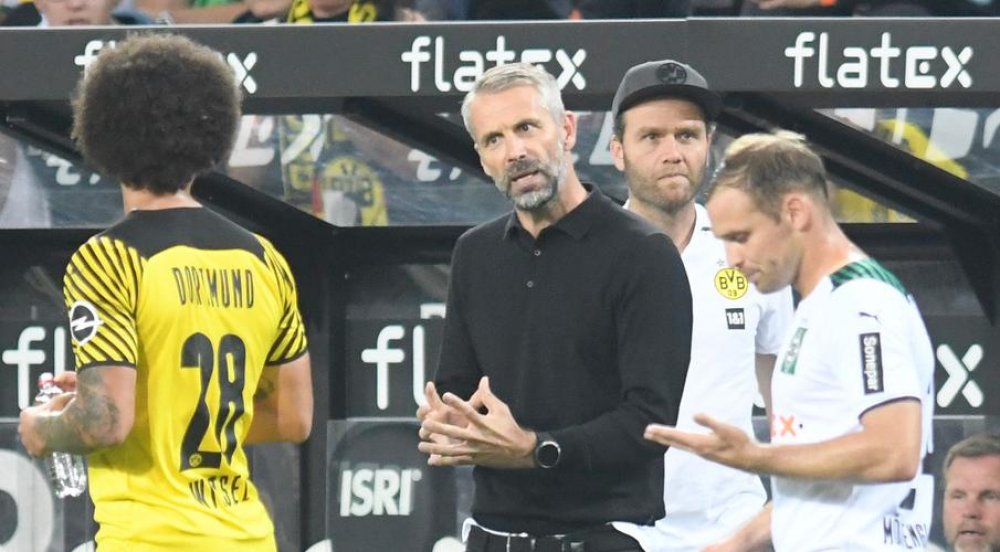 Borussia Dortmund without Erling Haaland suffers loss to Borussia Moenchengladbach as Bayern will end the weekend with 3 points clear at the top of the Bundesliga table.

Without injured star striker Erling Braut Haaland and club captain Marco Reus, Dortmund had midfielder Mahmoud Dahoud sent off for two first-half yellow cards as their 1-0 defeat at Borussia Moenchengladbach left them fourth in the table.

"Of course, we really missed Erling and Marco today, but we needed a bit more toughness and determination," admitted Dortmund defender Mats Hummels as the visitors played with a man less for 50 minutes.

Earlier, Wolfsburg lost 3-1 at Hoffenheim, falling to third and losing a second place on goal difference to Bayer Leverkusen, whose 18-year-old Germany international Florian Wirtz sealed a 1-0 win over Mainz to become the youngest player to reach the milestone of 10 Bundesliga goals.

Having lost both Haaland and Reus to injuries in training on Friday, the visitors struggled in front of goal as Moenchengladbach fans whistled Dortmund coach Marco Rose on his return to Borussia Park, where he was in charge for two years before quitting to join their Bundesliga rivals.

The match was decided shortly before half-time when Swiss midfielder Denis Zakaria beat England midfielder Jude Bellingham to the ball and fired the hosts ahead with the game's first clear chance.

Emotions were running high and referee Denis Aytekin dished out eight yellow cards, two of which were shown to Dahoud.

He was booked early for fouling Gladbach captain Lars Stindl, then sent off on 40 minutes for a late tackle on US defender Joe Scally.

Dortmund squandered the chance to grab a late equaliser when Belgium winger Thorgan Hazard headed over in added time.

Haaland and Reus face a race against time to be fit for Tuesday's Champions League game at home to Sporting Lisbon while Saturday's win hauled Gladbach up from the relegation places to 11th.

"It's a shame we didn't take the points, but Hoffenheim were very efficient - better than us in that regards," said Wolfsburg head coach Mark van Bommel after his first league defeat in charge.