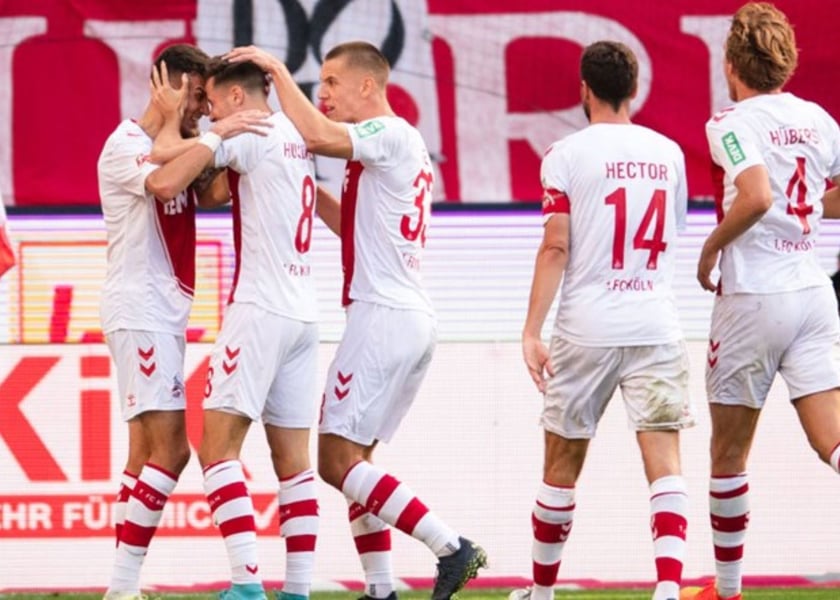 Borussia Dortmund missed a golden chance to go top of the Bundesliga on Saturday when they surrendered the lead in a "bitter" 3-2 defeat at Koln.

Leaders Union Berlin lost at Frankfurt but Dortmund failed to capitalise just a week ahead of their heavyweight clash with defending champions Bayern Munich.

They led Koln 1-0 at the break before conceding two costly goals in two minutes early in the second half to leave manager Edin Terzic lamenting his fragile side's third Bundesliga defeat.

"It's very disappointing for us - it's very bitter," said Terzic.

"We weren't ready to show our toughness (in the second half).

"At one of the most important stages in the game, we were not ready to defend our goal."

Koln manager Steffen Baumgart - whose side have lost only once in the Bundesliga this year - praised his team for "a very good performance".

Dortmund led at halftime thanks to a Julian Brandt goal, set up by English teenager Jude Bellingham, who was named captain for the first time due to Mats Hummels' late withdrawal.

"We should have done ourselves a favour - we have to do more," said a disappointed Brandt.

The visitors dominated the opening half and looked in full control of the game until Florian Kainz equalised in the 53rd minute.

A suddenly disorganised Dortmund continued to defend poorly, giving midfielder Dejan Ljubicic far too much time in the 71st minute, allowing the midfielder to guide in a long-distance shot to put the game beyond doubt.

Dortmund pulled one goal back through a lucky deflection in the 78th minute, but Cologne held on for a deserved victory.

In Saturday's late game, Werder Bremen thrashed Borussia Moenchengladbach 5-1 at home, thanks to two goals from Niclas Fuellkrug, who now sits atop the Bundesliga scoring charts with seven goals in eight appearances.

While Gladbach, who had conceded just five times in seven games leading into the game, could have edged Dortmund out of fourth place with a victory, Bremen exploded out of the gates and led 3-0 after just 13 minutes.

Bremen added a fourth just before halftime and another in the second half as they secured their first win at home since being promoted from the second division.

After the match, Bremen fans chanted for Fuellkrug to "fill Germany's hole" up front in the coming World Cup, while the man himself credited his "world-class" team for his impressive form.

"I'm in good form and I want to stay in good form, but it's always the team who contributes to that."