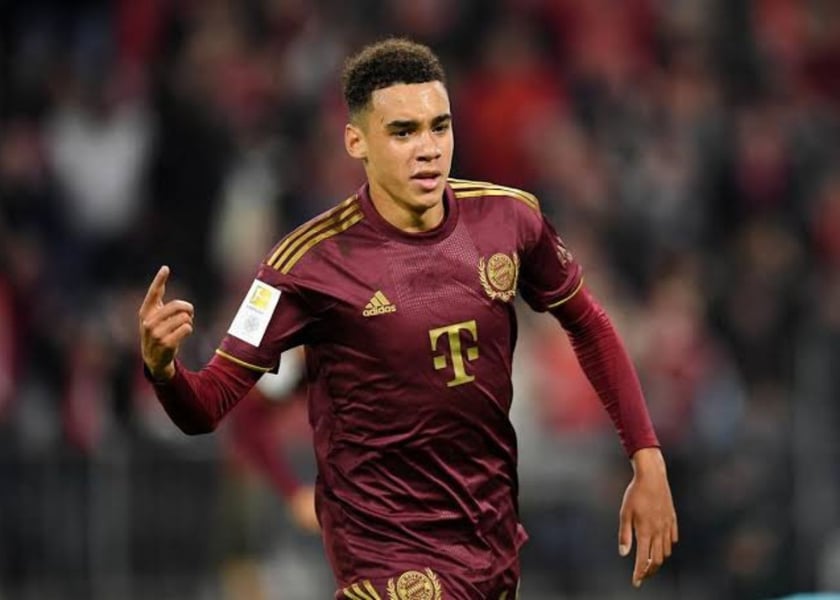 The box-to-box midfielder was a magician in the middle of the pack helping out in the final third of both teams.

Musiala set up Leroy Sane's opener but the goal was aided by a favourable deflection off Leverkusen's defender.

In the 17th minute, the 19-year old got on the scoresheet -- the play started from the back as Dayot Upamecano played Bayern upfield for Musiala to bring down, a one-two with Muller, before drilling a low shot past Hradecky.

Musiala again was part of the third goal as he picked out Sadio Mane in the D, he took a touch and buried into the bottom corner.

That ended the proceeding in the first half.

Second half was devoid of goals compared to the first but Muller finally broke the deadlock in the 84th minute to round off Leverkusen.

It was a gift for poacher Muller as Hradecky slipped when a back ball was played to him, the loose ball rolled to Muller whose first time shot landed at the back of empty net.

It was game, set, match as Hradecky dropped his head in acceptance of defeat.

Bayern Munich move into second spot after the win as they prepare to take on Viktoria Plzen in the Champions League.