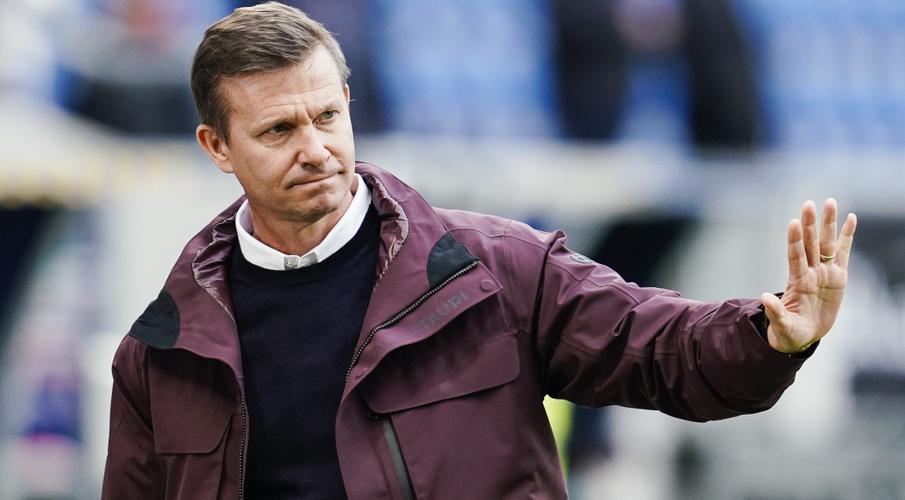 RB Leipzig sacked head coach Jesse Marsch on Sunday after a poor start to the season which leaves last season's runner-up sitting at 8th on the Bundesliga table.

Leipzig suffered a 2-1 defeat at Union Berlin on Friday, a third consecutive league loss that left them 11th in the standings and piled pressure on American Marsch who was not at the game due to being in COVID-19 quarantine.

Marsch, who joined this season to replace Bayern Munich-bound Julian Nagelsmann, has led his team to only five wins in 14 league games.

"RB Leipzig and head coach Jesse Marsch have mutually agreed to part ways. The decision is the result of in-depth analysis and intensive discussions after the Bundesliga match against Union Berlin," the club said in a statement.

Assistant coach Achim Beierlorzer will take charge for their home game against Manchester City in the Champions League, a competition in which they reached the semifinals in 2020 but have already been eliminated from this season.

"I keep only positive thoughts in my mind and wish for the club, the team, the staff and all the fans that RB Leipzig finds its way back to its old strengths very quickly," Marsch said.

"Given the quality in the team and in the club, I am sure that the club will achieve its goals."

Former US international Marsch, 48, made his name in Europe when he guided Leipzig's sister club RB Salzburg to the Austrian league and Cup titles twice.

He became the first American to coach a team in Europe's elite club competition.

"It was not easy for us to part company ... because I hold Jesse in high regard as a person and as a coach," Leipzig CEO Oliver Mintzlaff said.

"Unfortunately, the development we were hoping for and the results needed to achieve our goals for the season have not been achieved."

Leipzig said Marsch's successor would be announced in the near future.