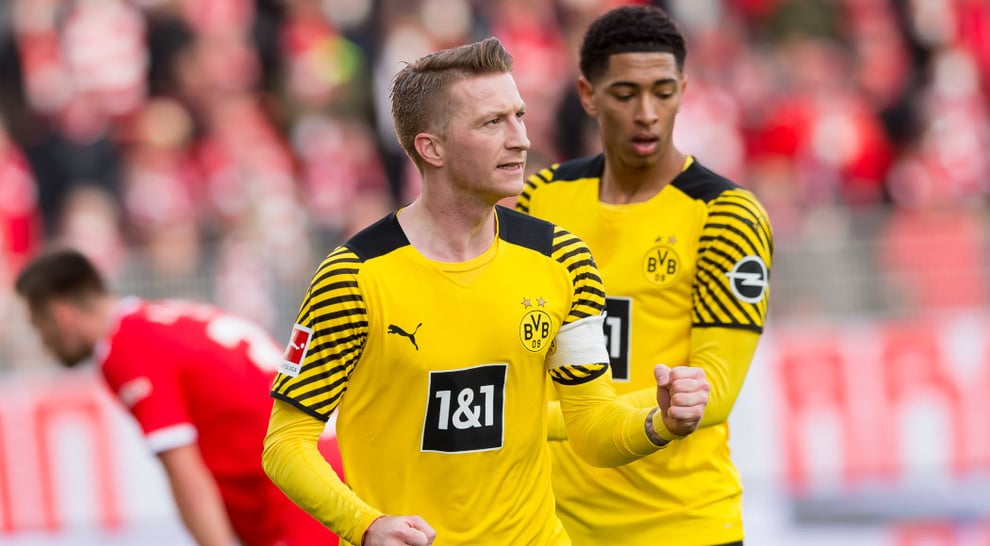 Borussia Dortmund's skipper Marco Reus silenced the crowd at Union Berlin with a brace in the first half on Sunday, as his side cruised to a 3-0 win to narrow the gap at the top of the Bundesliga to six points.

Reus, who won a controversial penalty when the two teams met last season, was given a hostile welcome in the capital.

He silenced the home end with two first-half goals as Dortmund bounced back from last week's loss to Leverkusen to claim their first-ever away win at Union.

"Last week was really bad and we wanted to show a reaction today. It's difficult to come here because Union are a really good team," Reus told the press.

Yet he batted away questions about the title race.

"We don't need to keep answering those questions, so please stop asking it," he said.

After leaders Bayern slumped to a shock loss at minnows Bochum on Saturday, the clash in the capital was a must-win for second-placed Dortmund.

Dortmund made a nervy start, but took the lead on 18 minutes, Reus drilling a low shot home from close range amid a flurry of legs in the box.

Union's valiant second-half resistance was ended on 71 minutes when Raphael Guerreiro toe-poked in a third goal from close range.

Tempers flared in the final 15 minutes as the home side had a goal ruled out by VAR for a foul on Manuel Akanji.