Bundesliga: Stalemate At Frankfurt Favour Leipzig Into 3rd On Standings 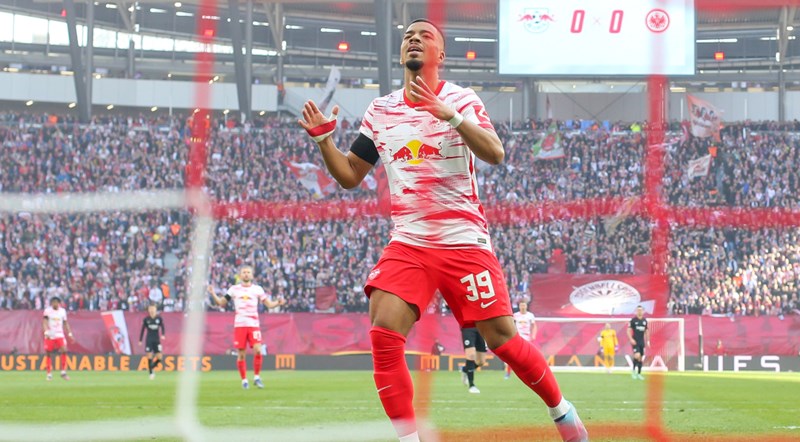 RB Leipzig climbed to third in the Bundesliga on Sunday after taking a point in a frustrating goalless draw at home to Eintracht Frankfurt.

However, injury-hit Bayer Leverkusen, who have Florian Wirtz and Patrik Schick absent, could later reclaim the third spot in Germany's top flight if they win at mid-table Wolfsburg.

Hosts Leipzig had by far the better chances at the Red Bull Arena, creating nearly three times as many shots at goal as visitors Eintracht.

Konrad Laimer hit the Eintracht crossbar in the first half and Christopher Nkunku, who has been called up by France for the first time, went close on several occasions.

In the final 10 minutes, substitute striker Yussuf Poulsen dribbled through the defence but was left with his head in his hands after failing to get his shot away.

Three days after needing an extra-time goal to squeeze past Real Betis in the Europa League last 16 to book a clash with Barcelona in the quarterfinals, Frankfurt looked jaded, failing to have a single shot on the Leipzig goal.