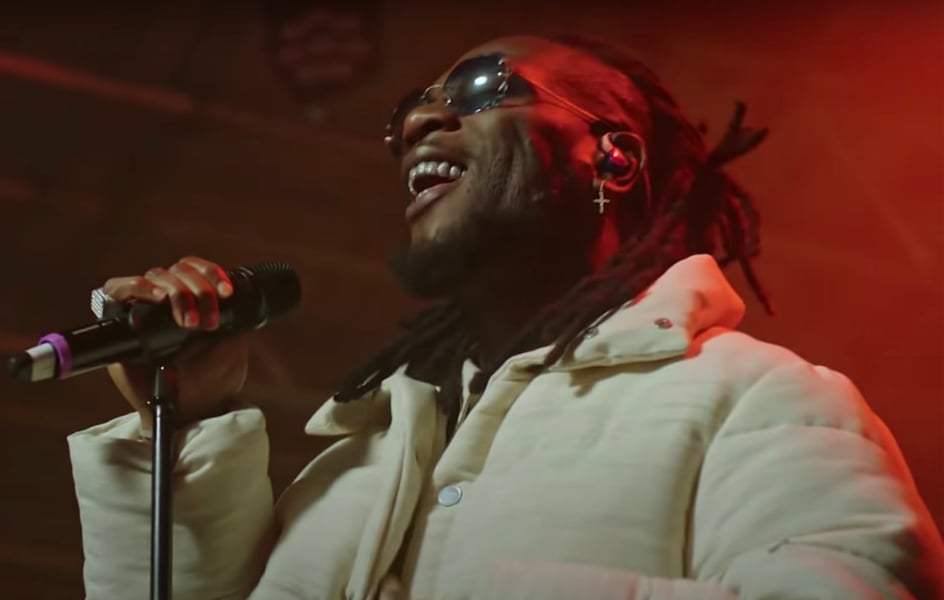 Burna Boy has given a hint on what fans and music lovers should expect from his upcoming album 'Love, Damini'.

In an interview at the Billboards Music Awards where he gave an energetic performance to close the event, Burna Boy said the album will be out on his birthday and will encapsulate the rollercoaster of emotions that one experiences on their birthday.

According to him, he is trying to bring fans into what his typical birthday looks like from the time he wakes up till when he gets back to bed.

"You wake up, you reflect, you party. And then you get sober again. Just that overall rollercoaster.”

Speaking about how it feels to be one of the faces of African music, Burna Boy said, “It's another honour. A great honour and hopefully I can keep on living on to it.”

The 'Odogwu' singer had appeared on Trevor Noah's 'Daily Show' where he discussed a variety of topics ranging from the release date for his new album and having his mother as a manager.

He, however, was a bit evasive when Trevor asked about the release date of his sixth studio album.

Burna had said his album would be released on a day everyone celebrates for themselves when it's their own day.

“It’s going to come out on a day everyone celebrates for themselves when it’s their own day.

"It’s not what you do. It’s not everybody in the world that has a job you know. But this, everybody, has it. Everybody has a day to celebrate.

Burna’s upcoming sixth album 'Love, Damini' is set to come out on July 2 — not coincidentally, that’s the same day he turns 31.