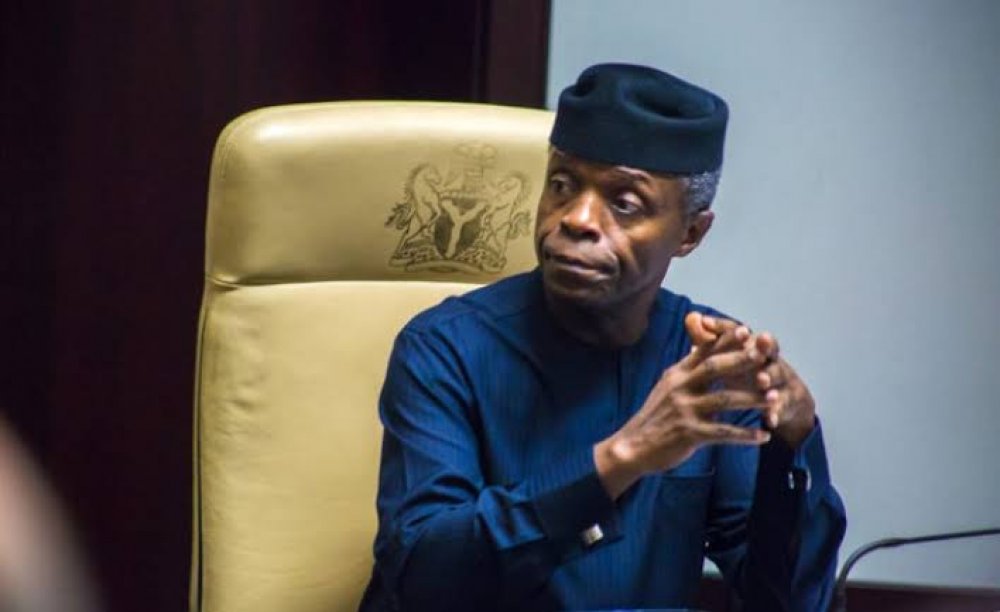 A businessman, Gbemiro Ola, has criticised Vice President, Yemi Osinbajo, after he had to stop shipment from Apapa, Lagos, due to the traffic in the area which has jacked up container fee to nearly a million naira from NGN150,000.

The Apapa road has been a nightmare for many business owners, costing large corporations millions in transportation. Ola's business hasn't escape the nightmare either, as he said trucking a container in the area for a 10miles journey now cost NGN950,000.

He complained about the hostile business environment which is suffocating Nigerian businesses, "They jacked up trucking a container from Apapa to 10miles away from N150k to N950k. Nigeria is NOT a business-friendly place

"Never thought of a day we'd be stopping shipment. We are going to painfully haul what we have at the port, after which we take a backseat for now." He wrote on Twitter, while extending his outburst to Nigeria's Vice President.

In 2017, Osinbajo had staated that, "Today, I presided over a Govt/Private sector meeting on how to resolve the Apapa traffic gridlock. Last week, I flew over the Apapa for an aerial assessment of the situation."