‘Buy Two Get One Free’, Strategies Scammers Use To Sell Fake COVID-19 Vaccines On Darknet 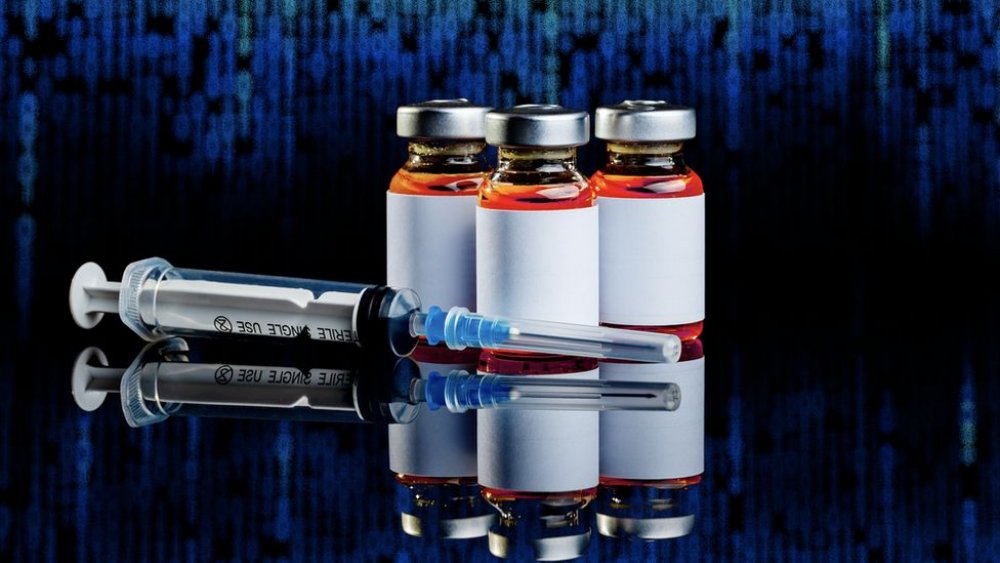 The report said the prices range between $500 and $750 for doses of AstraZeneca, Sputnik, Sinopharm or Johnson and Johnson jabs.

Anonymous traders also sell fake vaccination certificates for as little as $150 on Darknet.

Researchers said there has been a “sharp increase” in vaccine-related darknet adverts. The BBC added that it has been unable to verify if the vaccines are real.

Darknet is also known as dark web, it is a portion of the internet that is only accessible through some specific browser tools.

Report added that researchers at cyber-security company Check Point have monitored hacking forums and other market places since January that the vaccines first appeared.

They said the number of adverts they have seen has tripled to over 1,200.

Sellers of the Vaccines are more from the US, UK, Spain, Germany, France and Russian.

The team has found multiple adverts in Russian Cyrillic text as well as in English.

The COVID-19 vaccines being advertised on Darknet include the Oxford-AstraZeneca at $500, and Johnson & Johnson and Sputnik each at $600, and Sinopharm at $750. 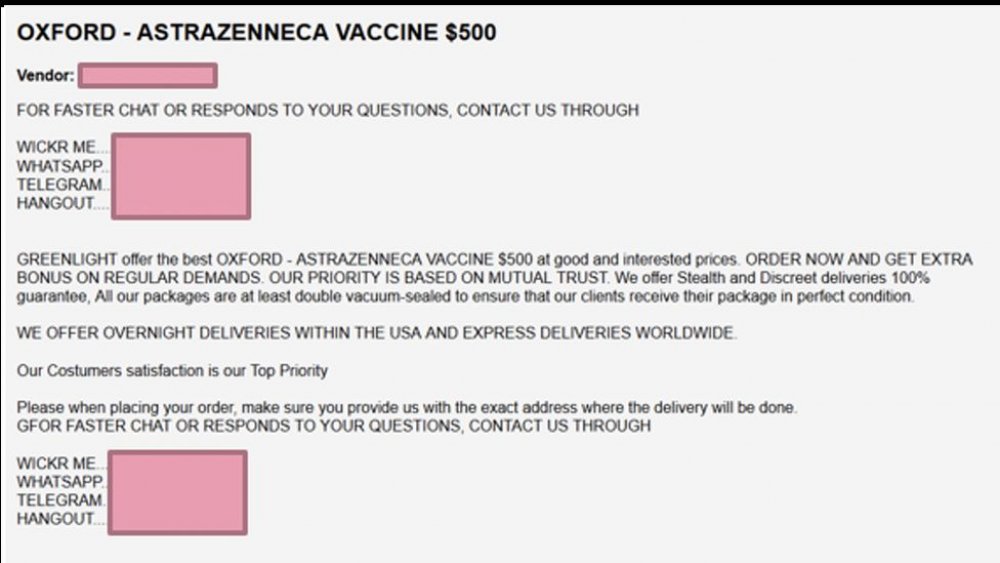 One of the sellers even offers a next-day delivery, the ads reads, "For overnight delivery/emergency leave us a message."

Another advert on a hacking forum offering fake negative tests reads, "We do negative Covid tests, for travelers abroad, for getting a job etc. Buy two negative tests and get the third for free!"

Vaccination certificates for passengers are required by some holiday operators.

A vaccine passport system is also being considered in the UK and could be used to allowed visitors entry to venues such as bars, or sport stadiums.

Officials in Europe have also announced plans for a “Green Digital Certificate.” This would make anyone vaccinated against Covid, or tested negative, or recently recovered from the virus to travel within the continent.

Faked documents being offered on the darknet for sale is not surprising.

Check Point investigators have found many sellers offering forged documents, including one supposedly from the UK, with a vaccination card for $150 through the hard-to-trace cryptocurrency Bitcoin as the payment method.

When they got in touch with one seller, the seller said they just needed to provide their names and some dates for when the fake jabs occurred. The seller message reads, "You don't have to worry…it's our job…. we have done this to many people and it's all good."

Oded Vanunu, head of product vulnerabilities research at Check Point said: "It's imperative for people to understand that attempting to obtain a vaccine, a vaccination card or negative Covid-19 test result by unofficial means is extremely risky, as hackers are more interested in your money, information and identity for exploitation."

Mr Vanunu also told the BBC that his team purchased a dose of the Sinopharm vaccine from a vendor for $750 as part of their research, but are yet to receive it.

His team has told the BBC that they believe this seller was a scammer, but say others may or may not be selling real vaccines.

Check Point is urging countries to adopt a QR code system across all vaccine documentation to make forgeries more difficult.