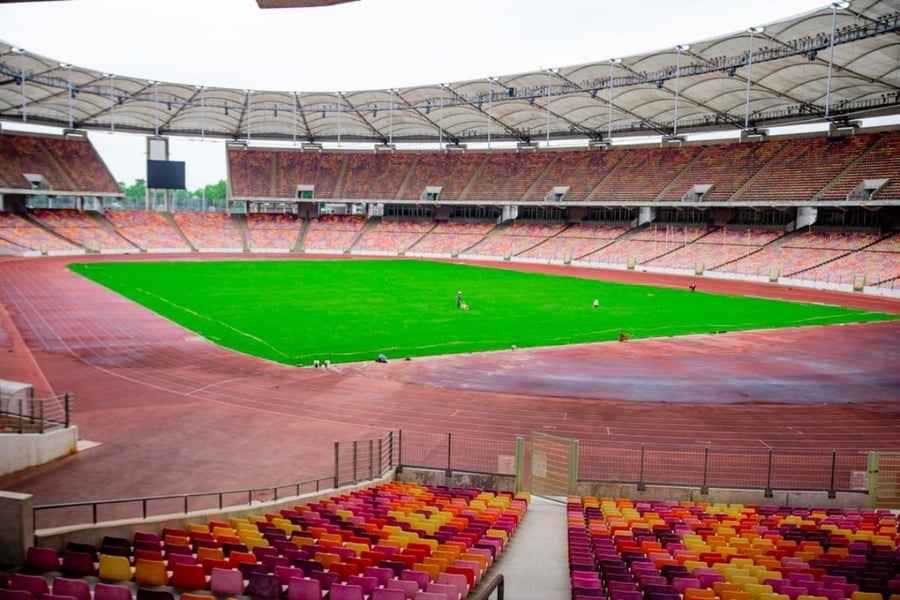 The Confederation of Africa Football (CAF) has cleared Moshood Abiola Stadium (MKO) to host the 2023 Africa Cup of Nations qualifiers against Sierra Leone despite the ban imposed on the venue by the world football organization (FIFA).

On Monday, FIFA’s Disciplinary Committee imposed sanctions on the Stadium for the misconduct of its fans during the world cup qualifying tie against Ghana in Abuja on May 29.

Despite the decision of FIFA to impose sanctions on MKO Abiola Stadium, Abuja, CAF has approved the stadium to host the 2023 Africa Cup of Nations qualifiers.

A statement on FIFA's official website explained the reason for these sanctions as “order and security at matches (failure to implement existing safety rules and failure to ensure that law and order are maintained in the stadium, invasion of the field of play and throwing of objects)”.

However, with CAF approval, it finally puts to an end speculations that the venue will be barred from hosting international matches in the wake of the crowd disturbances that trailed the second leg of the 2022 World Cup qualifier against Ghana.

FIFA has however ruled that Nigeria vs Sierra Leone game will be played behind closed doors and also announced a fine of $150,000 on Nigeria for the disturbances after that World Cup qualifier.