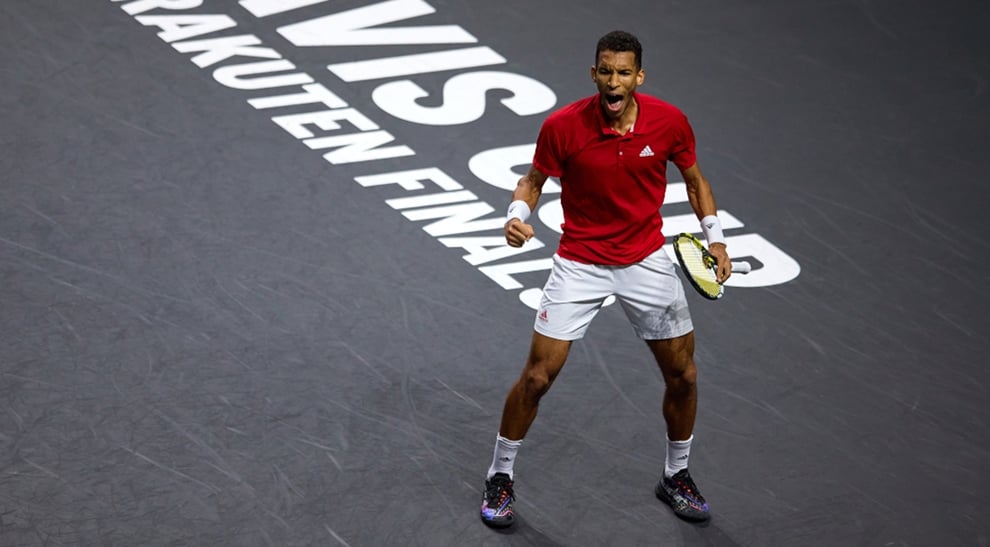 Canada won their first Davis Cup title on Sunday after Felix Auger-Aliassime beat Australia's Alex de Minaur 6-3 6-4 to give them an unassailable 2-0 lead in Malaga, Spain.

The world number six showed his prodigious talent once again as he produced 16 winners compared to five from his opponent and basked in the cheers of his compatriots as he struck a lethal forehand to clinch the title.

"The emotions are tough to describe. All of us here - we've dreamt of this moment," Auger-Aliassime said in a televised interview. "It's really a dream come true."

He had to fend off three break points early in the first set but found his rhythm in the eighth game, where he broke De Minaur with a mighty overhead smash, before sealing the final game with an ace.

Auger-Aliassime retained his poise in the second set as he defended two break points in the second game and he pumped his fist when he broke the Australian with a beautiful forehand winner in the third.

He fought back from 0-40 to hold serve in the sixth game and flopped to the ground as his teammates mobbed him after he clinched the trophy for the 2019 runners-up.

"We all developed as players individually, we got better and better over the years," said Auger-Aliassime, who a day earlier kept Canadian hopes alive when he beat Italian Lorenzo Musetti before joining Vasek Pospisil in a straight-sets doubles win over Matteo Berrettini and Fabio Fognini.

"We're more ready for these types of moments but it's never easy to pull through."

Earlier, Canada's Denis Shapovalov, who fell short in a physically punishing three-setter against Lorenzo Sonego in the semifinal, wasted little time establishing a 4-0 lead in the opening set before Thanasi Kokkinakis got on the board.

Having wrapped up the set comfortably to put Canada on the front foot, Shapovalov broke in the third game of the second set and did not look back as he closed out victory in 89 minutes.