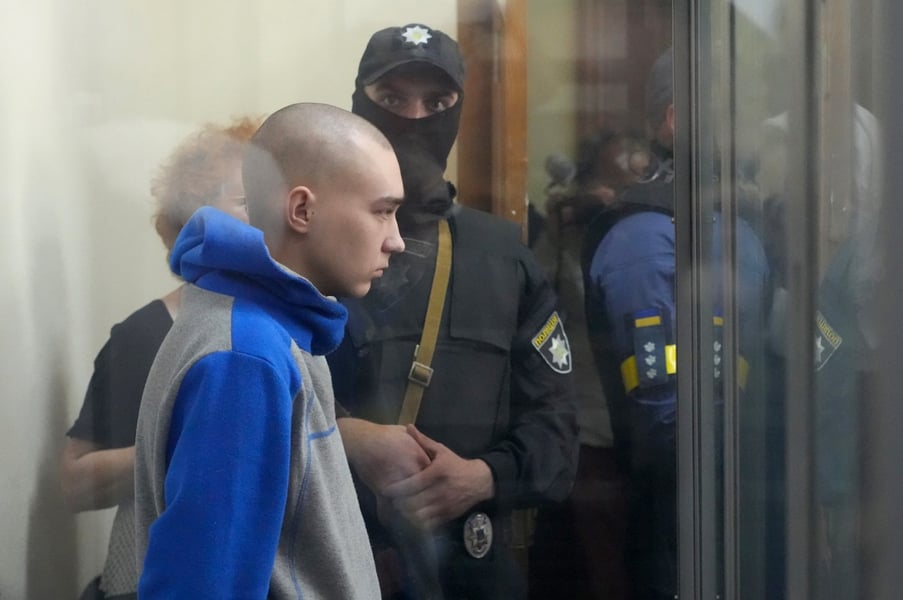 The first Russian soldier on trial in Ukraine for war crimes during Russia's invasion of the country pleaded guilty on Wednesday.

When asked in court if he was guilty of the allegations, including war crimes and premeditated murder, the 21-year-old sergeant Vadim Shishimarin responded yes.

The Daily Sabah added he is accused of killing a 62-year-old civilian in northeast Ukraine.

He is accused of killing the civilian on a bicycle near the village of Chupakhivka in the eastern Sumy region on February 28.

Prosecutors say Shishimarin was commanding a unit in a tank division when his convoy came under attack.

He and four other soldiers stole a car, and as they traveled near Chupakhivka they encountered the 62-year-old man on a bicycle.

According to prosecutors, Shishimarin was ordered to kill the civilian and used an assault rifle to do so.

The soldier is facing possible life imprisonment for the crime.