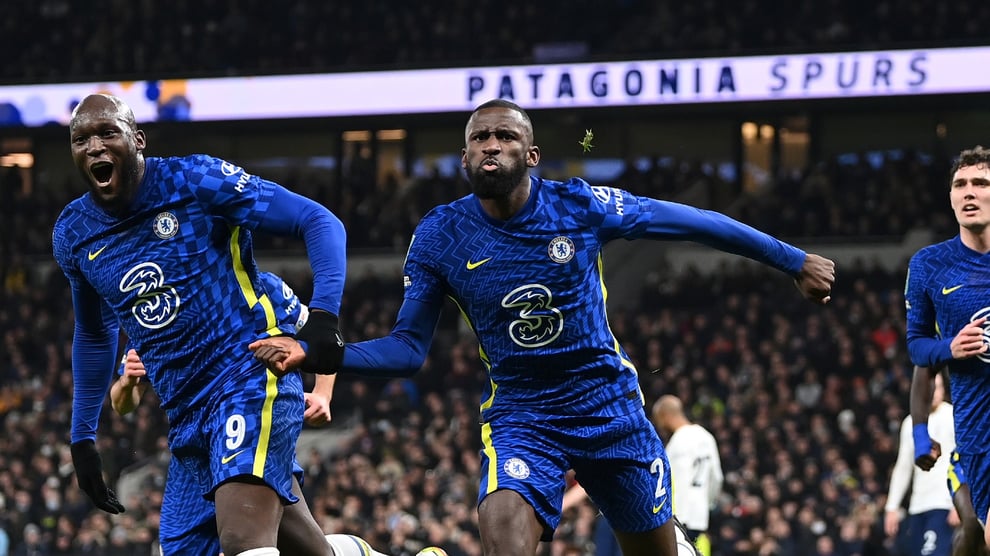 Chelsea reached the League Cup final with a 1-0 win at Tottenham as Antonio Rudiger's goal and three VAR decisions helped the Blues seal a 3-0 aggregate success on Wednesday.

Rudiger's first-half header ensured Chelsea pressed home the advantage they had earned with a 2-0 win in the first leg last week.

Thomas Tuchel's team also had VAR official Mike Dean on their side as Tottenham were given two penalties by Andre Marriner, only for reviews to overturn both, while Harry Kane saw a goal disallowed for offside.

Chelsea will play Liverpool or Arsenal in the final at Wembley on 27 February.

Liverpool host the coronavirus-delayed first leg of their semifinal against the Gunners on Thursday.

It is Chelsea's first League Cup final appearance since 2019 as they aim to win the competition for the first time since 2015.

Tuchel has now taken Chelsea to three finals since taking over from Frank Lampard in January 2020.

They lost to Leicester in the FA Cup final before beating Manchester City to win the Champions League.

Securing a Wembley berth was the ideal preparation for Chelsea's crucial date with Premier League leaders City on Saturday.

Tottenham have not won a major trophy since lifting the League Cup in 2008 and their options for ending that drought this season are dwindling.

Antonio Conte had conceded it would be hard to overturn the deficit against a team of Chelsea's quality.

And the Tottenham manager's pessimism proved well founded as Chelsea quickly put a stranglehold on the tie in north London.

Romelu Lukaku almost bagged an early goal when the Chelsea striker barged past Ben Davies for a strike that was saved by Pierluigi Gollini, with the rebound off Japhet Tanganga drifting just wide.

Tottenham's bid to become just the second team to reach the League Cup final after losing the first leg by more than one goal was shattered in the 18th minute.