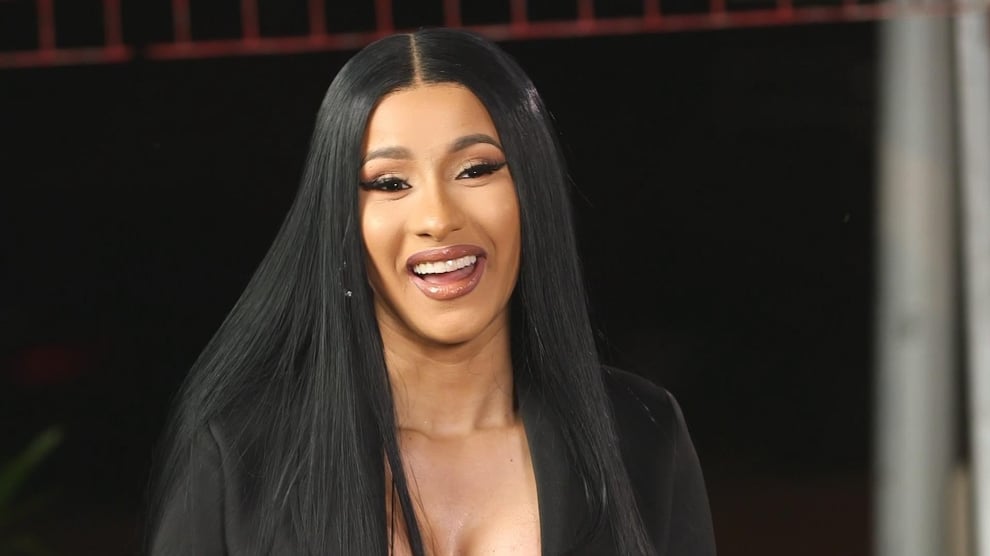 It all started when fans noticed Cardi wasn't at the Grammys despite the fact that her fans expected her to be there.

A fan then wrote: "My thing is, why hype us up if you know [you’re] not going from the jump? [Cardi B] needs to take her fans more seriously this is getting ridiculous, I’m sorry."

Cardi B responded: "When did I hype y’all up? Where and when did I ever hints? Like are you okay. I’m not going to award show if I don’t got a new song to perform Or my album ain’t out."

One fan wrote: "You literally could’ve said that, as fans that barely get fed WE WANT TO SEE YOU what do you expect, you could’ve said something period."

Cardi fired back: "Unmmmmm wtf you want me to say I been posting on my IG stories where I been at ... like clearly I’m in my house and I’m in NY the f***k."

Another fan hit back at Cardi, writing: "Your job is literally music and it’s just like you don’t care about it anymore you’ve been saying you have a album on the way since 2019 girl pleaseeeee."

Cardi replied: "Bitch suck d**k and go do some homework the f***k."

Cardi went on to tell one upset fan to "drink acid".

Cardi then wished death on a Twitter user’s mother.

The follower wrote: "I bet your son wouldn’t like for you to be on your a** while teasing us fans and never dropping music."

Cardi, who was nominated for Best Rap Performance, responded: "I hope your moms die"

She also slammed a Twitter user for stating that one of her two children with her husband Offset, 30, was autistic.

"[Cardi B] do you kiss your [autistic] child with that mouth?" asked a Twitter user in response to Cardi's death-wish post.

Cardi B hit back : "None of my kids are autistic … Don’t project what you got on my kids the f**k."

She wrote: "I’m deleting my Twitter but on God I hate this f**kin dumbass fan base. You got the slow dumbasses dragging my kids all cause y’all [thought] I was going to the Grammys and I didn’t, the f**k? 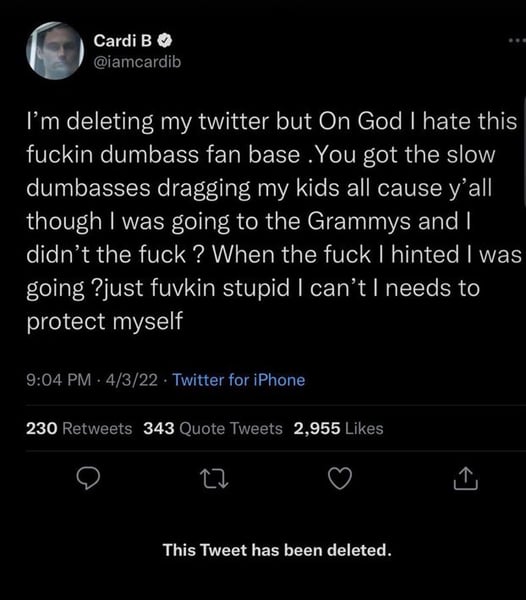 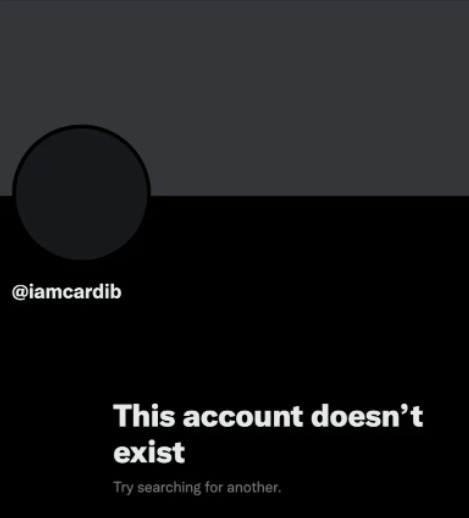 Cardi B later defended herself, explaining why she became "irritated" during an Instagram Live session before disappearing from the platform.